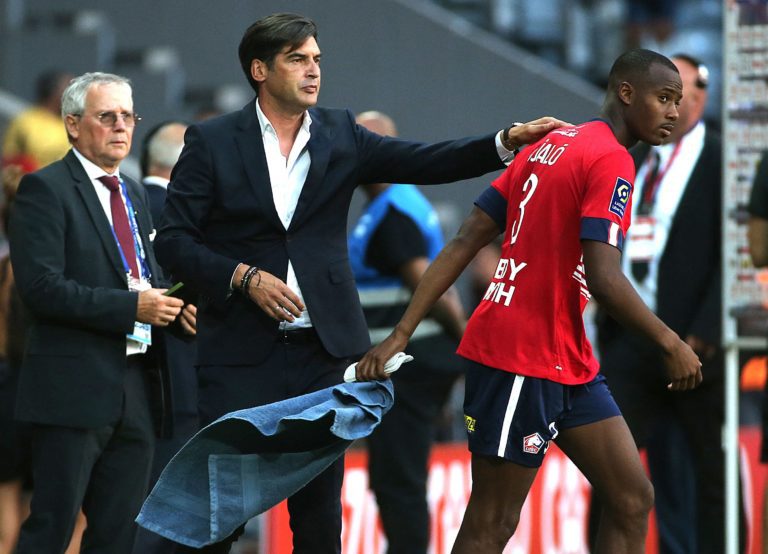 After spending last season out of football, former Roma manager Paulo Fonseca confessed he’s elated to be back coaching following his appointment with Lille.

The Portuguese technician parted ways with the capital club after his contract expired in May 2021, replaced by compatriot Jose Mourinho. Upon finalising his exit from Roma, several clubs including Tottenham Hotspurs and Fiorentina expressed interest in signing the ex-Porto coach.

However, he ultimately opted to take a year off before marking his return in late June, agreeing to a two-year contract with the French side.

“I felt a ton of emotion after our first match (a 4-1 win versus Auxerre),” began Fonseca to L’Equipe.

“When I sat down on the bench and the supporters began cheering I leaned over to (vice manager) Tiago and said, ‘I really missed this.'”

“These moments with supporters…it’s moving when the stadium is packed like this.”

The 49 year-old then discussed his footballing philosophy, subsequently recounting a period during his time with the Giallorossi.

“I don’t know if I’d sign up right now for a win if it meant playing awful,” he admitted.

“Obviously I want to win but it’s happened to me so many times where we win yet I still come home really unhappy.”

“I’ll give an example. In my final season at Roma, we played in the Europa League quarterfinals against Ajax, a really good team with a superb manager.”

He continued, “My feeling was they’d be a tough opponent to defeat. We ultimately knocked them out and it felt amazing to advance to the semifinal. Once I got home, though, my wife asked me why I wasn’t happy.”

“Even though I was happy because we advanced to the next round, I wasn’t pleased with the way we did it. It was undeserved, Ajax deserved to progress.”

Finally, “I like winning but I especially like the manner in how you win. This happened to me plenty of times and will again in the future.”

“However, the inverse can also be true. You could lose a game due to various but still feel good because the team played the way you wanted them to.”