Live, Baldissoni: “We waited on Totti since February for the DT role”. 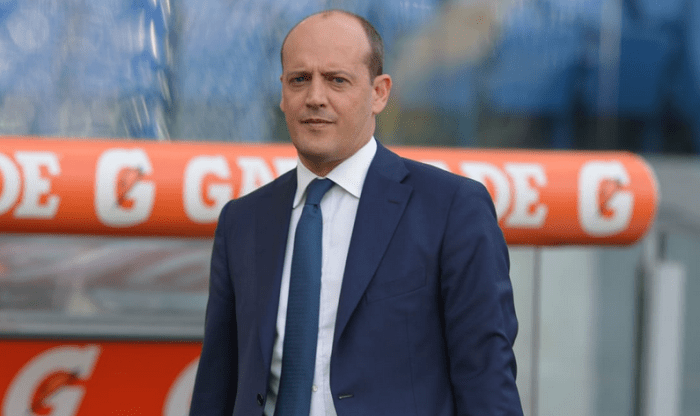 Roma Vice President Mauro Baldissoni appeared today on Sky Sport and addressed the words of Totti from yesterday. These are his words:

What did you think of Totti’s words?
The path from footballer to anything else isn’t easy. It’s a path that acquired some help. We were convinced by Totti and offered him the role of Technical Director in February but he didn’t give an answer. We’re sorry about that. However, the choice of Ranieri, as he himself said, was a suggestion welcomed by the club, as was the suggestion of Conte. Guido Fienga, who accompanied him during these talks, is the CEO of the club. He gave his opinion. I’m not a part of the technical area of the club, but we wanted to continue to grow but do so in what we believe should be a team-effort, teamwork.

What about his words on the “de-romanisation”.
I am very sorry that this is his perception. We can only respond with facts: Francesco was given two contracts as a player with this new ownership then one as a director. Speaking of Daniele, he also was given two contracts as a player when we considered to offer him to start a journey within the club.

Will there be legal implications?
We could not help but notice his reference of a return under new ownership. Any initiative must be conducted in the correct manner since we are listed on the Borsa (stock exchange). The president has been clear many times and he did so yesterday too: Roma is not for sale.

Has the press conference of Totti left you with anything? Perhaps some things to think about?
It leaves a lot of sorrow and bitterness. It is clear that it is a defeat for everyone, we can’t be anything other than disappointed. From the point of view of transfer market strategies, they won’t be effected because Roma has a plan that goes forward regardless. What I can do is refer to the facts: this club has invested relentlessly in these past years, it has inherited a difficult situation and has obtained positive results like the 5 consecutive qualifications for the Champions League. We’re committing ourselves to make this team more competitive and maybe win some trophies. Perhaps some mistakes will be made, as admitted by the President, as this year we finished in 6th place but Pallotta is an extremely ambitious person, and wants to replicate in Roma what he’s done with the Boston Celtics.

Pallotta without the stadium could leave?
It is clear that the stadium is crucial, but in this city we must emphasise how we always tend to create transparency. The stadium is crucial, as Claudio Ranieri also said, it is an amplifier of revenues that are necessary for AS Roma and the team to increase its strength. Without it, it becomes much more difficult to excel. Without it, it will be almost impossible to compete with Juventus as many wish we would. If in the long run we will not be allowed to make this investment, it is obvious that he will change his mind but he will leave no stone un-turned.