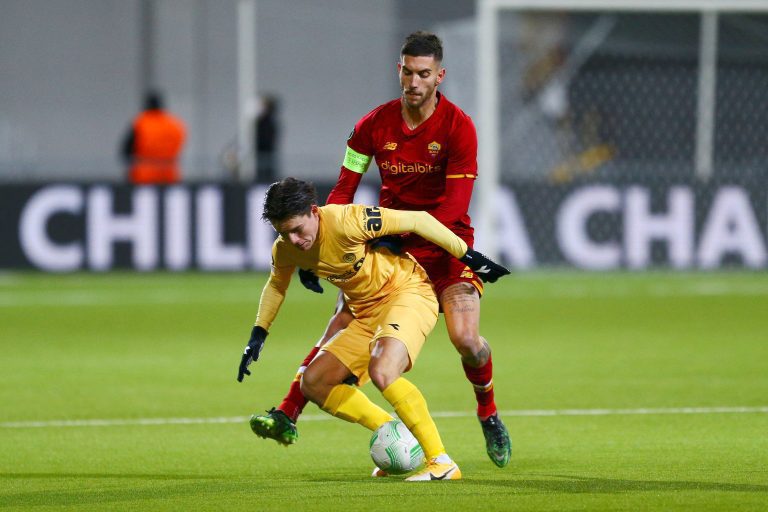 Roma captain Lorenzo Pellegrini’s 12th goal of the season was not enough to grant the Giallorossi a victory in Norway, as the team struggled to maintain another clean sheet and lost the first leg 2-1.

Pellegrini sounded furious with Bodø/Glimt’s on- and off-pitch antics in a post match interview with Sky Sport.

“The biggest regret for us is walking out of here with 2-1 in their favour,” he said.

“For us it was already a battle and then I got to see in this really disgraceful episode. Their coach personally attacked our assistant coach Nuno Santos.”

“We came here with all due respect, for them and for the competition. But with an episode like this one, they are an insult to everyone, to Roma, to us and to the competition. It’s a disgrace.”

On the artificial pitch, Pellegrini commented, “The shame is that in a competition like this, you get to the quarter-finals and it is impossible to understand where and how the ball will bounce on the pitch.”

“But,” he continued. “We have no excuses, we will try again in a week. I’m sorry, I’m still shocked by what I saw tonight.

On reaching a personal record with 12 goals, “I would have preferred to celebrate the record with a victory. But now we play the second half of this match at home, in our stadium, with our habits.”

“Our fans will also be important. We also want to send Bodø home for how they behave off the pitch.”