Manolas reflects on seven-year stint in Italy with Roma, Napoli 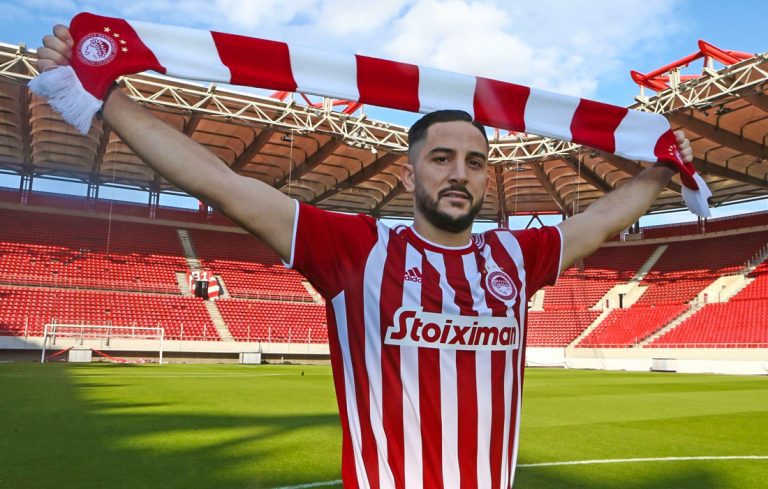 The Greek international completed his return to former club Olympiacos late last week on a permanent transfer from Napoli.

The move marks an end to Manolas’ seven-year stint in Serie A, where he spent five seasons with Roma and two and half with the Partenopei.

“Olympiacos has always been in my heart, I’ve stayed in touch with the president but I never would’ve imagined that so many people would be present to welcome me back,” he said.

“I believe this move show the responsibility I feel towards the shirt, which is a heavy one. I won a league title and cup with Olympiacos, but I’m not going to rest. I’m no longer 22 or 23, I’m 30.”

He continued, “I have to help in the dressing room to help the guys understand what the Olympiacos shirt means. I didn’t come here for financial reasons.”

“I wanted to come back here while I was still healthy, not when I was 34 or 35 to end my career.”

As for his best memories in Italy, Manolas admitted that there’s one that stands above the rest.

“You know what my favorite memory is…the goal with Roma against Barcelona,” he admitted.

“Though, I’ll always remember winning the Coppa Italia with Napoli, which was my first trophy in Italy. I was lucky to have been managed by Ancelotti, who was like a father to me.”

“He’s one of the best people I had as a manager together with Gattuso and (Rudi) Garcia.”

Notably absent from his statement is current Napoli and former Roma boss, Luciano Spalletti. The Giallorossi nearly won the Scudetto in 2016/2017 under the Italian technician, however, several players, including Manolas, clashed with the technician during his year and a half stint.

“I don’t want to discuss this, I just want to reiterate how happy I am to be back here,” concluded the defender.