Manolas: “The next two matches are very important.” 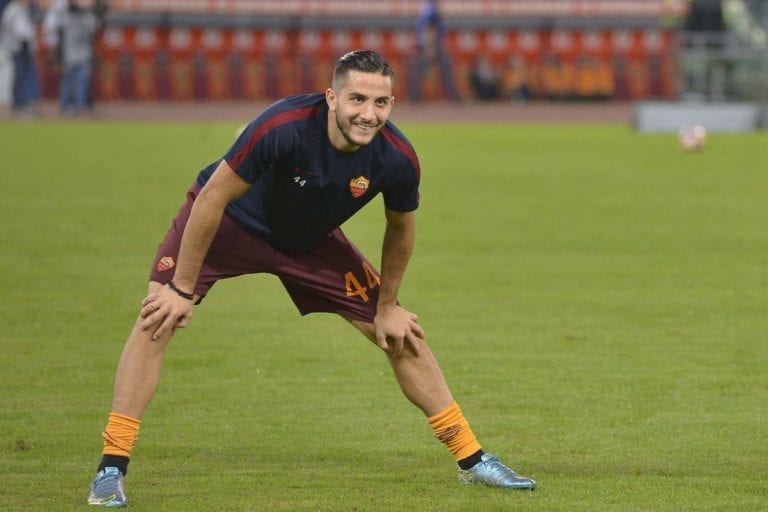 Roma defender Kostas Manolas appeared in the latest version of AS Roma Match Program, here are his words:

“Milan then Juve? We have to think about each match at a time because it does not depend only on us. I hope to be first in the table.”

One match at a time: how do you arrive for the match against Milan?
We’ll be concentrated, Milan have many young guys who don’t have a wealth of experience, but they play well. We will walk on to the pitch having already known Juve’s result so we must be brave and determined to bring home the three points.

What did the Derby mean for the rest of the season?
They were three important points for the table, but it gave a lot joy to the fans. For us, it was an injection of extra confidence, a great joy and we have continued the winning streak over them.”

You share the second position with Milan in the table, is it worth more than three points?
It’s an important match and not in terms of being able to go in front of them in the table. We have to win and hope that Juventus does not win their Derby.

So it will be a match that could strongly influence the season of Roma?
The season is still long so it is not decisive, but the two matches that lie ahead with Milan and Juve are very important.

What is the atmosphere like in the dressing room?
We are motivated and confident. The satisfaction of the Derby win is a boost to give my best against Milan.

Who on the Rossoneri is most frightening?
Nobody. I respect everyone, but if we are in this position we should not be afraid of anyone.

Last year, the match with Milan was a turning point: everything changed and Spalletti arrived.
We were not doing well then and we had no confidence. Now everything is different. I think we are in the lead on Milan. I am convinced that we are stronger and we have to prove it.