Manolas: “Totti is the best player I have ever played with.” 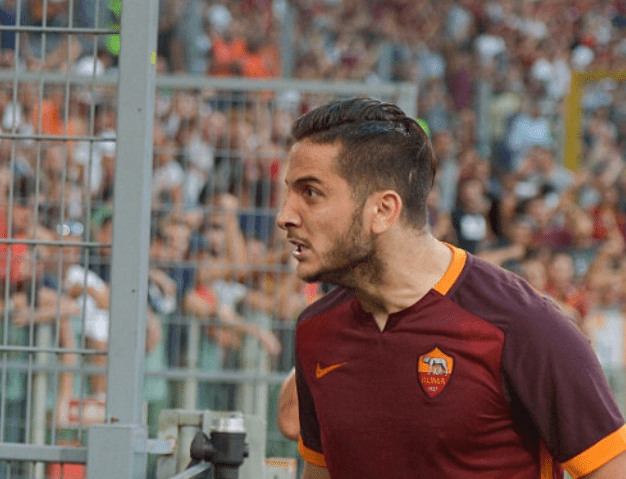 Roma defender Kostas Manolas spoke to the Giallorossi’s official website today, here are the words of the Greek:

Who was your first footballing hero?
My uncle. He played for AEK Athens, one of the biggest football clubs in the Greek capital. It was through watching him that I decided to start playing football. His name is Stelios Manolas and he made nearly 500 appearances for AEK between the late 1970s and 1999 and also represented the Greek national team.

Did you play any other sports when you were young?
Yes, I played lots of sports. When I was at school I played volleyball and basketball to mention just a couple. I loved sports and did as many different things as I possibly could. My favourite sport – after football, of course – is basketball.

What position did you play when you were growing up?
I started playing football at the age of nine for the local team on Naxos, which is the largest island of the Cyclades. In the beginning, I wasn’t a defender at all but a striker.

What do you remember about your professional debut?
I made my professional football debut for Thrasyvoulos Fylis, a small club that happened to be in the top tier of Greek football at the time. It wasn’t the best debut – we lost 2-1 to Aris Thessaloniki and I even gave away a penalty. We were winning 1-0 at the time, but they scored from the spot to level the scores and then bagged a winner at the death. I didn’t feel all that emotional to make my debut to tell you the truth, although there was a bit more pressure on me.

What is your favourite game you have played in and why?
My favourite game so far was when I was playing for Olympiacos in the Champions League and we beat Manchester Utd 2-0 at the Karaiskakis Stadium in Athens. It was the first leg of the round-of-16 stage in the 2013-14 season. We put in a fantastic performance and ended up beating a really strong side. I must have done pretty well on a personal level too, seeing as I was up against Robin van Persie and Wayne Rooney.

Who is the best opponent you have played against?
Zlatan Ibrahimović, no doubt about it. I played against him twice in the 2013-14 Champions League as Olympiacos were in the same group as PSG. He’s the best player I’ve faced.

Who is the best player you have played with and why?
Francesco Totti. Everyone knows why – everybody knows the name Totti and what a fantastic player he is. He doesn’t have one quality I’d pick out over the rest, he’s just an incredibly talented, complete player. Totti is a great example to follow.

Apart from Stadio Olimpico, what is your favourite ground? Well if I can’t have the Olimpico then I’ll go with Karaiskakis Stadium, where I spent two years with Olympiacos. It’s a great stadium with a very intense atmosphere.

Who has been the biggest influence on your career?
First of all, I have God to thank for getting me where I am today. I also owe a great deal to my father and my uncle, who was my footballing idol.