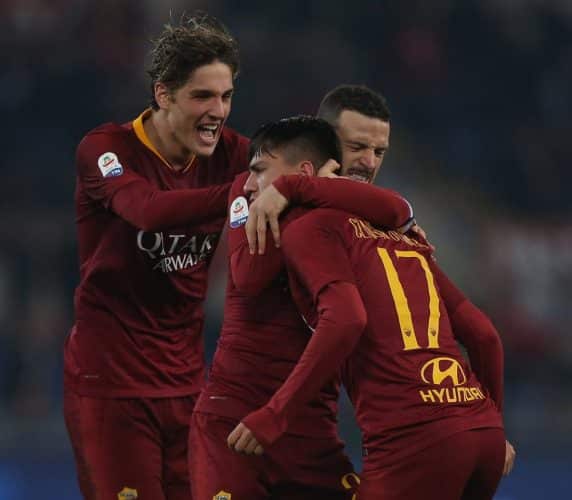 Olsen’s ability to control and hold shots was particularly evident and impressive this game.

Failed to be impactful up front but played well enough overall.

Another solid game from the fan favorite.

Part of the obviously weaker side of the defense that Inter made sure to exploit.

If only his defending and positioning inspired as much confidence as his penalty.

His string of solid performances took a hit today as his second half performance dipped significantly.

Has become an integral part of Roma’s team and midfield, this game was no different.

Scored a sensational 103 km/h strike in an otherwise quiet game.

AM Nicolò Zaniolo: 7 (Man of the Match)

Continued to play with class and surprising physical strength as he almost set up multiple goals, tested Handanovic and should have been awarded a penalty.

A surprisingly solid game for Florenzi where he contributed going forward in an unfamiliar position and then stopped multiple attacks in the short time he played in the back, but should have scored the chance Schick created when he hit the post.

Did a good job creating space and chances for his teammates but needed to be a more imposing goal-scoring threat.

Produced a good Roma despite the many injuries but his decision to substitute Perotti on was questionable.

Didn’t have much of an effect after coming on.

Terribly sluggish and his absence on the left wing was particularly felt when on one good counter attack Pastore had no one to play to on the left.