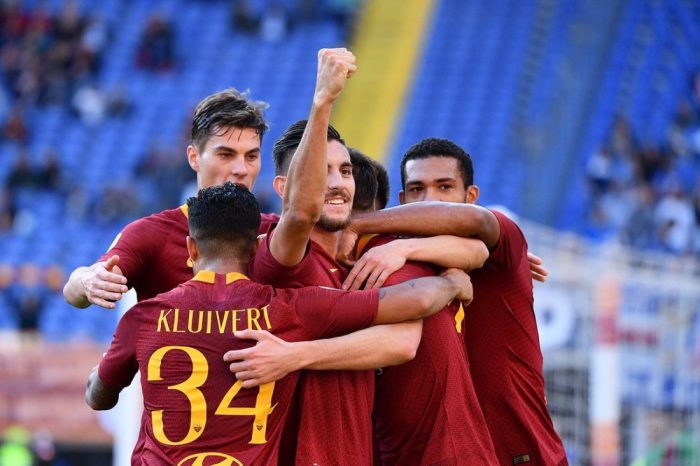 Incredibly got his hand to a deflected shot early in the first half and did very well to prevent a goal from a point-blank header in the second half.

Struggled to provide decent crosses and was beat too easily by Defrel’s impressive first touch for Sampdoria’s only goal.

Put in a good defensive performance but can be faulted for not intercepting the cross that led to Sampdoria’s goal.

Slowly improved his performance throughout the match and made a clinical run to get into a good position for his assist.

Another solid performance for Cristante where he looked increasingly confident and had a wonderful header that might have got his name on the scoreboard if Jesus didn’t confirm the goal himself.

I forgot who Sampdoria had in midfield.

It seems like every time he has the ball at his feet you can expect something good to happen. Only the post could deny Kluivert what would have been a wonderful solo goal.

Roma had a lot of attacking opportunities in this game, many of which came through a key pass from Pellegrini.

Played a vital role in unlocking Kolarov for Schick’s goal and bagged a brace -including a magically curling shot- to round off an incredible second half performance.

Was proactive throughout the game and capitalized on a wonderful Kolarov assist.

It’s a pleasure finally seeing EDF building confidence in the players who deserve an opportunity and watching them seize their opportunities.

Did well to assist El Shaarawy late in the second half.

Very energetic and played a beautiful back heel to Dzeko to facilitate the last goal.