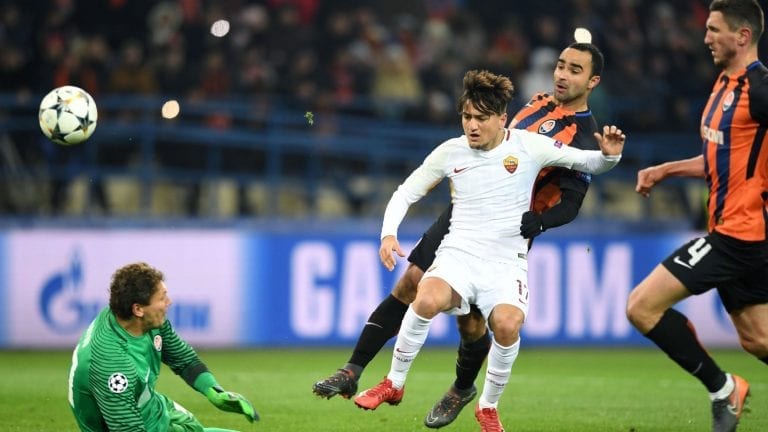 GK Alisson: 9
Superb. Excellent. Roma’s stopper was the lone reason the Giallorossi only lost by one.

RB Alessandro Florenzi: 3.5
Things continue to go downhill for Florenzi. It was another nightmare evening and it’s reached the point where Florenzi is only a liability on the pitch and provides nothing positive.

CB Kostas Manolas: 6
Had some difficulties in the second half, but was steady throughout.

CB Federico Fazio: 6
Another quiet night for the Argentinian.

LB Aleksandar Kolarov: 5
Another incredibly stale performance. Provided next to nothing going forward and had difficulties containing Marlos.

MF Kevin Strootman: 5.5
Was overrun at times by Fred, not at all imposing.

MF Daniele De Rossi: 6
The captain had an average night. Was decent in defence but not incisive with his passing.

AM Radja Nainggolan: 5
The Belgian was hardly noticeable and had little to no effect on the match whatsoever.

LW Diego Perotti: 5.5
Decent in the first half and was certainly the most creative force for the Giallorossi.

ST Edin Dzeko: 6.5
Had a brilliant assist on Ünder’s goal, but the service for the Bosnian was severely lacking.

Manager Eusebio Di Francesco: 5
It was obvious within the first five minutes of the second half that Roma needed a change, but again, he waited far too long.

RB Bruno Peres: 4.5
Saved a would-be goal but was dreadful besides that.

MF Gerson: 6
Had very little presence on the pitch.

ST Gregoire Defrel: 6
The determination was there, but the Frenchman wasn’t afforded any goal scoring chances.