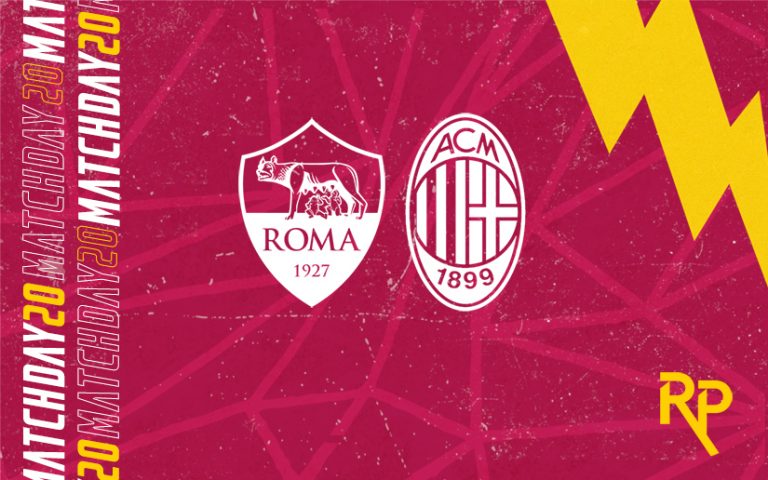 José Mourinho and Roma officially kick-off the second half of their 2021/2022 season this evening in their league showdown against Milan.

The sixth-placed Giallorossi have a huge opportunity this evening to gain ground in their quest for a Champions League place. It will also be the first time the sides meet since October’s controversy-filled affair, which saw Milan defeat Roma by a score of 2-1.

Both sides will be forced to deal with several key absences thanks in part to the recent COVID-19 spike in Europe.

Stefano Pioli’s side are in an emergency situation in defence and will be missing three starters. Defenders Fikayo Tomori, Alessio Romagnoli, and Davide Calabria will not be available after reportedly testing positive for COVID while Simon Kjaer remains out with a torn ACL.

Meanwhile, Roma will be without Leonardo Spinazzola, who continues to recover from a torn Achilles tendon, while striker Borja Mayoral and back-up goalkeeper Daniel Fuzato tested positive for COVID.

Though, there was good news after it was revealed that both Lorenzo Pellegrini and Stephan El Shaarawy have recovered from injury and will be available.

“We are prepared,” Mourinho said yesterday. “After 15 days without a game, perhaps it is better to return to action with a game like this one; because you don’t need any help getting motivated and focused for it.”

“It’s enough to walk out at San Siro to face a side like AC Milan. That alone makes it pretty easy to find that motivation and focus.”

“Obviously we have analysed all of their games looking for ways to improve our play and pick up a different result to the one we got in the first meeting this season.”

Pioli echoed Mourinho’s sentiment and reiterated that he expects to see a different Roma side than the one they faced in October.

“We’ll be up against a very different Roma side compared to the one we played earlier in the season,” explained Pioli during his pre-match press conference yesterday.

“Mourinho has done a great job in terms of compactness, intensity and empathy with the environment there. It’s a strong team that rightly has to aim for a spot in the top four. We need to cover the pitch well and have players ready to stretch them in attack.”

The two sides kick-off this evening at 18.30 CET in Milano.