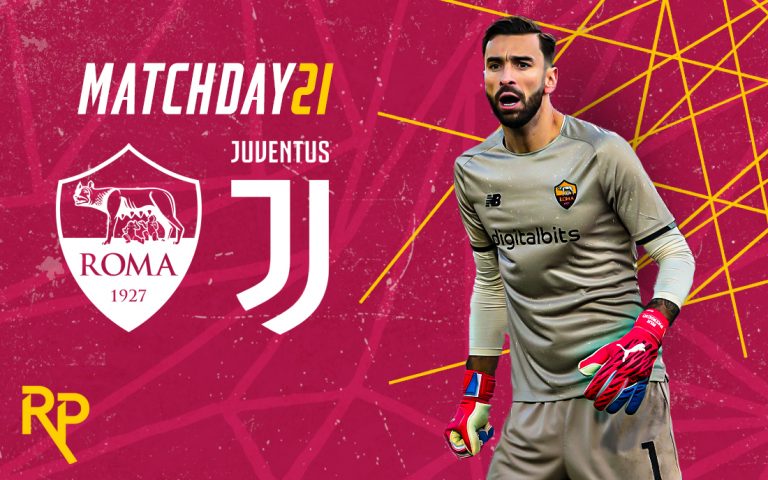 Roma return to action on Sunday evening as they host rivals Juventus at the Stadio Olimpico.

It’s an affair that could have massive implications for the fourth and final Champions League place in Serie A. Both sides will consider it a “must-win” after dropping points mid-week to Milan and Napoli, respectively.

In desperate need of a win, José Mourinho was dealt earlier today regarding one of his team’s key players. Roma announced that one of their players tested positive for COVID-19.

Although the player wasn’t named, it’s widely believed to be young attacker Nicolo Zaniolo. However, it wasn’t all bad news for the Giallorossi, who officially unveiled Ainsley Maitland-Niles as their newest acquisition.

The Englishman is expected to receive a baptism by fire by starting in place of the suspended Rick Karsdorp.

The Bianconeri are also forced to deal with crucial absences in defenders Leo Bonucci and Danilo, who are unavailable, as well as manager Max Allegri.

The Italian will serve his one-match suspension after seeing red during his side’s 1-1 draw against the Partenopei on Thursday.

Speaking at his press conference yesterday, Allegri admitted he expects it to be a difficult affair for his side.

“It’s going to be a difficult and complicated match, Roma have excellent individual quality,” he said.

“Mourinho is going to have his team very prepared, especially after they lost to Milan. For us, this is another big match and a head-to-head clash.”

He added, “Mourinho has done a great job in terms of compactness, intensity and empathy with the environment there. It’s a strong team that rightly has to aim for a spot in the top four.”

The two sides kick-off this evening at 18.30 CET in Rome.