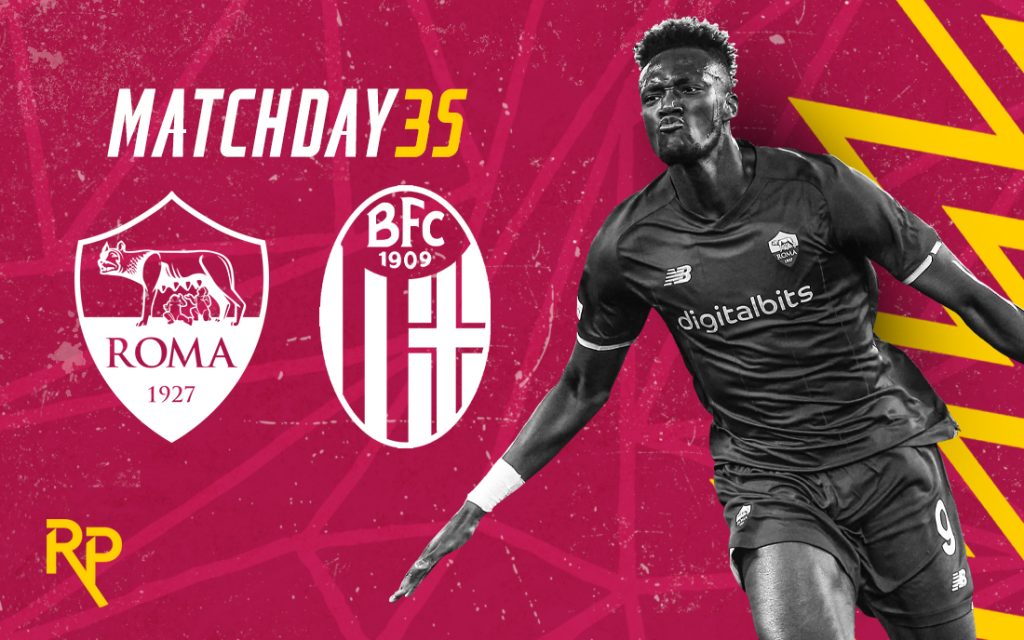 Roma return to league action tomorrow evening in round 35 when they host Bologna at the Stadio Olimpico.

Sitting 5th in the Serie A table with 58 points, the Giallorossi have an opportunity to solidify a Europa League place and ensure European football for next season.

Their opponents, Bologna, have little to play for in the final four rounds given they’ve already mathematically avoided relegation. However, this lack of motivation didn’t stop them from shocking Inter in their midweek fixture and throwing a wrench in the Scudetto race.

Many expect Roma boss José Mourinho to turnover and rest some of his squad ahead of their Conference League showdown on Thursday against Leicester at the Stadio Olimpico.

The likes of Chris Smalling, Tammy Abraham, and Nicolo Zaniolo may start on the bench for tomorrow evening’s affair to ensure they’re fresh ahead of Thursday.

As a result, Marash Kumbulla, Eldor Shomurodov, and Stephan El Shaarawy are likely to start in place of the trio. Though, Roma will be without Sergio Oliveria, who’s suspended, and injured attacker Henrikh Mkhitaryan.

“We’ll play the same kind of game, as always, without any fear or hesitation,” he told the media.

“I think Roma are one of the best teams in the league. They’ve acquired a great deal of mentality. Tomorrow we’ll have to be focused until the very end. We’ll need to remain compact, knowing that we can hurt them on the counter.”

Kick-off is scheduled for 20.45 CET tomorrow evening in the Italian capital.