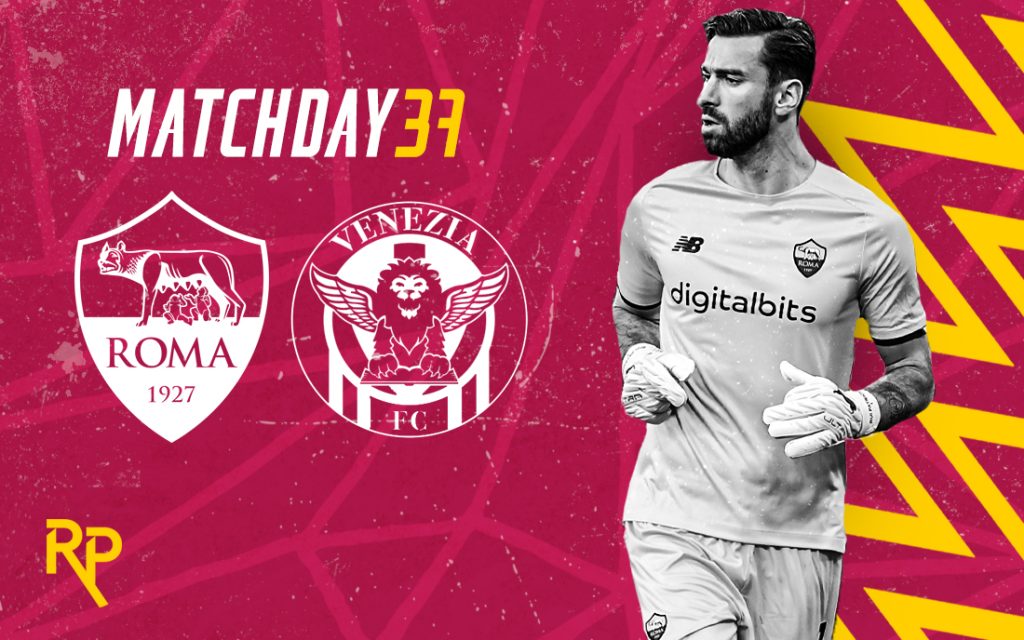 Roma will play their final home match of the season tomorrow evening when they face Venezia at the Stadio Olimpico.

Despite only two league matches remaining, the Giallorossi know they still need to pick up results in their final fixtures if they want to secure European football next season.

Their Conference League final showdown against Feyenoord later this month is also looming, however, Roma boss Jose Mourinho doesn’t think his team will be looking past their final league affairs.

“I don’t think, or at least I hope not, that the final will be a distraction for us during these last two league games,” he said during his pre match press conference.

“Though, it seems to me that perhaps there are people – even those with skin in the game – who want us to finish eighth, with the hope that we then win the final, because that would mean Italy would have eight teams in Europe next season, which would be great for the game here.”

“But I don’t think you can do that at the expense of what’s fair and respectful to the people who all work so hard like we do. So, to tell you the truth, I do not think we will lack any concentration for the last two games.”

When asked about his feelings ahead of his team’s final home match of the season, Mourinho lauded the club’s supporters for their backing throughout the campaign.

“We have decided, internally, that the very least we can do is thank the fans. I can thank them here, the players can thank them on social media, but at full-time tomorrow we want to go and thank them together on the pitch.”

Adding, “They have supported us all season when we’ve been out there on the pitch, so we should thank them from the pitch. We will do a lap of the pitch to thank them. That’s the very least we can do.”

“Beyond whatever the result is tomorrow, beyond the fact Marash Kumbulla destroyed my foot yesterday (in a training ground accident), we need to thank the fans for their support.”

“If we can do that after a victory then we will do it with a smile on our faces – but either way we need to do it. The fans have been absolutely fantastic.”

As for their opponents, Venezia caretaker boss Andrea Soncin wants his team to build on their victory over Bologna last Sunday.

“Sunday’s victory was a great confidence boost for the whole group,” he said.

“This result has brought back enthusiasm and consequently it raised the level of every element of the squad from our first choice players to the bench.”

“The lads are interpreting my ideas better by getting more players into the penalty area and increasing our goalscoring chances.”

“But getting to face Roma and Jose Mourinho is a huge sense of pride because he’s one of the greatest managers in history who’s an extraordinary communicator. I can only learn from him.”

The two sides kick-off tomorrow at 20.45 at the Stadio Olimpico in Rome.