Monchi: “Barcelona? We must be ourselves, we must follow our philosophy.” 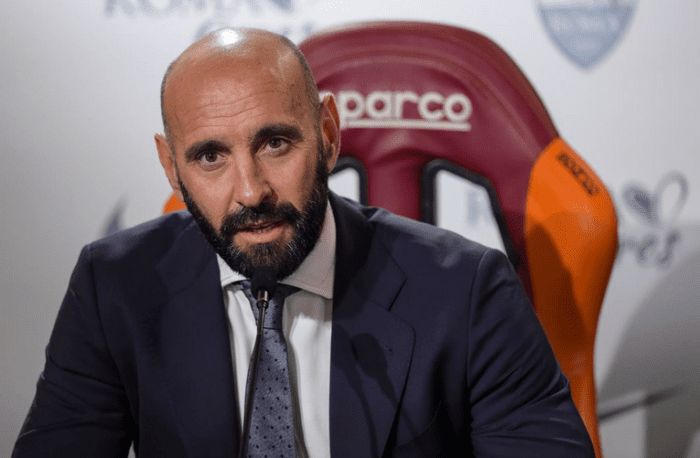 Roma sporting director, Monchi, spoke today to the microphones of L’Esportiu. These are his words:

How do you see the two legged clash against Barcelona?
As very complicated. Barcelona are clearly favored due to their football and their history, but Roma have the potential to compete with any team, including Barcelona. If we take advantage of the opportunities we have and follow the orders of Di Francesco, we will have the chance to go to the semi-finals.

Do you think Roma is underrated?
It is impossible to know everyone’s opinion, so to draw this conclusion would be generalising. The manager and Barcelona players respect us.

How should Roma play in order to create problems in Barcelona?
The key will be to play without losing our essence. Roma is a team that presses very high, with an high defence and very tight lines. We know the qualities of Barcelona and we will obviously try to battle them, but above all, we must be ourselves, we must follow our philosophy.

Neymar moved to PSG for €222 million: what did you think that day?
At that time, I did not really analyse much what that transfer could mean, but it is clear that in the world of football, there is a before and after (the day of Neymar’s sale). There have been very high sales since then, such as those of Dembélé, Coutinho, Van Dijk. Barcelona were good at countering the departure of a very important player, one of the three best in the world, without letting it be noticed in the results.

Ünder?
We knew him very well and we were convinced he was a player able to do great things in high level football. The only doubt was on his adaptation, since he is a young player who had never left Turkey. Di Francesco understood this and gave him time, which is why he played little in the first part of the season. In the end, his qualities were on display. It’s a pity that, due to a minor injury, Ünder can not play at the Camp Nou.

When you decided to leave Sevilla, I thought you could sign for any club in the world. Why did you choose Roma?
It was a mature and thoughtful decision. I was eager and pleased to have an experience in Italy, a football that I did not know much about, and I wanted to work in a club where I could have the same freedom that I had at Sevilla. They promised this to me and they are doing so, so I’m happy.

Is Italian football respecting the expectations that you had when you arrived in Rome?
Yes. The Italian league is very competitive. It’s a league that’s getting stronger where there are good manager and players with different qualities.

Did you have to adapt?
Yes, more than I expected, since it was all very fast. After having worked all my life at Sevilla, I also had to change, there were things from the Monchi of Sevilla that we’re not needed at Roma and vice versa. I had to know myself better. I decided to leave my comfort zone and grow professionally, which is why I’m happy with how things are going in this new experience.

Is it harder to buy players as sporting director of Roma or Sevilla?
Buying players is always complicated, but the truth is that in Rome there is more pressure than at Sevilla. It is a huge club that has history in Italy, so everything that happens in Rome has a huge media impact. Plus, the club has not won anything for years. Getting where we want, however, requires time, and the club understands that.