Monchi on Liverpool, the market and more 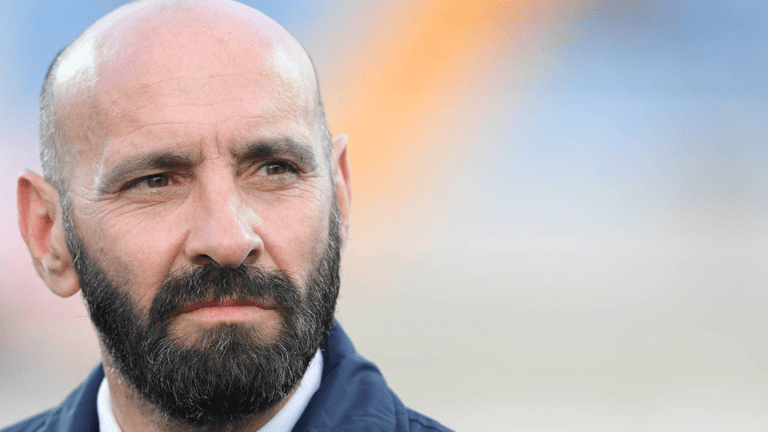 Roma sporting director, Monchi, gave an extensive interview ahead of this week’s second leg clash against Liverpool. These are his words:

Did you read the statement of the Curva Sud?
Yes, First of all I would like to speak about Sean Cox, reinforcing what Pallotta said. Football and life are two different things in this case, I am Catholic and I pray for him and for his family. We are human beings, I hope he can return to support his team.

Did you have direct contacts with his family?
Not personally, but Mauro (Baldissoni) and Umberto (Gandini) with the President took care of this. Going back to the first question, I read that statement, I know that this is not something unusual: we are facing a extraordinary match. The history of this club says that this opportunity took place only twice. In 1984 and now. This is the moment when we should forget everything else and only support the team. The Curva Sud said they have to bring their flags and voices. I say it should be something more.

What is this “something more”?
I would like Rome to be coloured in yellow and red. Starting from today. I would like to see every single Roma supporter flying their flags on their balconies: I would like them to make the world understand that Rome supports Roma. In this moment we speak about violence, but let’s make them understand that Roma supporters are not violent. This is the moment to gather all of us together. Beating Liverpool is harder than beating Barcelona. There is no tomorrow, it all ends on Wednesday, we must not leave anything on the pitch. Every grandfather, every nephew, every son, every mother: everyone plays on Wednesday. I was lucky, because I won a lot at Sevilla, but I never thought I could arrive in the UEFA Champions League’s final. This is a dream. I told my wife that I dreamt a lot of things and a lot came true, but inside my mind, there had never been the Champions League’s final. Everyone has to do what he has to do. Alisson with a save, Dzeko with a goal, Daniele with a pass, the others who do not play should transmit their support to the team. And we should be convinced that this is possible, because it is easier in this way.

Is the team convinced?
Yes, I think so. But this does not mean that it will be easy, I do not know if you have read the banners inside the locker room.

You often express your thoughts on Twitter.
I did it also when I was in Sevilla, I like to give motivation. I think the team is convinced that it is possible, knowing it is hard. Liverpool has the advantage, we have the Olimpico. They have the lead of 5-2, we have the stadium.

It is harder than Barça.
It is different, we did not deserve to lose 4-1 there. Maybe we deserved to lose with a bigger disadvantage in Liverpool.

Some do not agree.
Let’s say that in both matches we laid the foundations for the comeback. When Roma pressured, they struggled. We have to take those final 10 minutes and move forward. Sure, this time we do not have the surprise factor. We have to do different things: football is both the manager and the players. We have to push. If Liverpool advance, we will give our respect and applaud. But we should give everything we have.

What do you expect outside the stadium?
I hope it will be peaceful and that it will be an useful day to demonstrate the world we are civil. I hope it will be a soccer celebration. I think that, in the field of security, everything has been done rightly”.

Could this situation influence the referee?
I hope it doesn’t. I have always believed the referees are and should be autonomous.

Do you fear the eventual decisions that UEFA could undertake?
Fortunately there are just few precedents, but for me the important thing is that when an institutional body makes a decision, this decision has to be equal to a solution for the problem, that there should be sense in the decision.

Totti has never played a Champions League’s Final.
Neither has Ibrahimovic or Daniele, Aleksandre, Edin. They’re all motivated.

They were very upset after the first leg.
It is normal, it could be a missed chance.

Could the victories against SPAL and Chievo be a signal of maturity?
To be here speaking about a final is already a sign of growth. I think we should not stop here, regardless of what happens. It is not only about the qualification, but it is about the way we approach the match. Playing a match like a big club would be already a step for our maturity.

Did you learn something new about Di Francesco in these days?
It is hard to find him not being himself. I am a bit crazy, maybe our relationship was born in this way. Sometimes I am a bit feistier. I come from Southern Spain, but it’s the same in Italy, too. I like Di Francesco, I did not know him from this point of view. I had spoken with him three times before I chose to take him, but even when you get an engagement, in the first times, you do not tell negative things. After one year of work, in which we lived hard times, I have always found a calm person, I liked how he managed complex moments. It is important even for my work to have a serene person in front of me. If you have a person that changes his mind every single day, you would not know what to do.

Let’s speak about Schick, did you expect these difficulties?
I expected this kind of path, I knew he could not succed immediately. It is true that he had an important phisical problem, then he had never been in good conditions during the first six months, and he played under pressure. Even this one is a signal of matureness. He could stay back, but he has always wanted to play and put his face. We are near to see the real Patrik, but I think that we are still a bit far from that. During the first half against Chievo and during the match against Barcelona we have seen the Schick we want to see.

Have you met other players that have had the same path?
Many have had a similar path. Dani Alves spent a year and a half to gaining everyone’s trust, he seemed a normal player in the very first moments. But it was the same for Luis Fabiano, Kanoute. Here we have the example of Ünder or Pellegrini, who grew up in Trigoria. He deserves time. I even had the same path at Sevilla, from the second to the first team, and one of my former teammates, Nacho, always told me that it is not hard to arrive, but it is difficult to stay. The problem is staying at a top level like De Rossi, Dzeko, Totti.

Did you think again about what had happened to Dzeko in January? It would have been wrong to sell him?
Two things: if Edin had been sold, we would have brought someone. The future cannot be predicted. Another thing: do you think that if Roma had 100% really wanted to sell Dzeko, that we would have done so? Don’t you think we would have helped Chelsea convince Edin? I really think none of the three parties were convinced. Us because we know his quality, Dzeko because he is happy here, and Chelsea because the profile of a 32 year old player does not correspond to their project. Nobody was convinced.

Would Roma sell a 26 year old Totti today?
I do not know, maybe you will find other players which allows you to not sell Totti. Like in the case of Salah. I am not stupid. Today we are in a different situation than one year ago, Roma’s financial data are public. Roma sold Salah, Paredes and Rudiger, and closed the market still €42 miliion in the red. It wasn’t simple, we had to find solutions. Now it is different. It depends on us if we sell. The situation has changed, I do not know if totally, but a lot anyway. We will continue with strong ambition. It is true that sometimes we have to sell, but we have a strong team.

Has something disappointed you at Roma?
I knew that it was a fiery place, but I didn’t know the dimensions. I didn’t know the repercussions that are here. Everyone here works in the open air, under the sunlight, it can be good, but also bad. I understood that with the time. I searched for the Monchi that Roma needed, the Sevilla one is perhaps not the one needed here.

Have you ever thought you had made the wrong choice?
Never. I am methodical and I trusted my instinct.

Did Real Madrid look at you?
Florentino has never called me.

And PSG?
Yes, but it’s different. Like England. But I needed a place where I could be the traditional sporting director.

You would have earned a lot more money.
I need other things to be happy. In Sevilla, the President would have given me what I wanted.