Monchi: “I made the right choice joining Roma.” 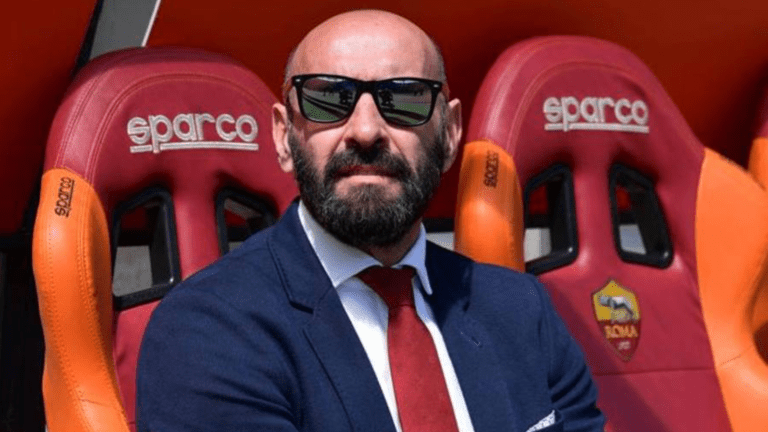 (RomaPress Live – Roma Convention Center): Roma sporting director, Monchi, spoke today at the unveiling of a new book dedicated to him, which is titled “Monchi – The secrets of the King Midas of world football” written by Daniel Pinilla, who unveils the methods of one of the best and most well-known sporting directors in the world. In attendance was even director Mauro Baldissoni. These are his words:

What was your idea of ​​Italian football?
I have a good impression of Italian football but I only talk about the sporting work. From an outside view, you may have the wrong idea.

As soon as you arrived in Rome, you’ve focused a lot on contract renewals. What was the most difficult and what is missing for Florenzi?
It was not difficult because everyone wanted to stay here. If a player wants to leave, it’s impossible. For Florenzi, I do not know how long it will take, we hope to continue together for very many years.

At what point did you choose Di Francesco?
Baldissoni is a witness. The first time I spoke with Eusebio, I was convinced he was the perfect manager.

Would you have preferred to have Totti as a player or a director?
All the sporting directors in the world would have wanted him as a player. It’s nice that once he retired, we started working together. It is true that he had an incredible journey as a player.

The Champions League?
A small thing is missing: which is getting it right on Sunday in Verona. After Chievo, I will say my thoughts. It will be an important step for the growth of club.

Returning to the transfer market, you said that Schick was not exactly the player profile you were asked for but that he was an opportunity.
I gave the same explanation to them. The director must be close to the club and the manager, I have to look at the present and the future. This is the job the sporting director must do. No manager says no to a good player.

When will your family move here?
Not yet because I have my daughter, who is studying, but we will find a solution. We all know Rome and I think it’s a beautiful place.

You had other offers, why Roma?
I do not know. I could find an environment here similar to Sevilla’s. After the first months here, I can certainly say that I was not wrong. I work with the same autonomy and serenity. it’s nice that I had offers, but I gave my word to the club and I was convinced that Roma was the most interesting and most suitable place for my idea of ​​work.

The sale of Salah was disappointing but I understood it, I did not understand the sale of Paredes.
I agree with you, but when the sporting director has to do what the club tells him, it is not always the most normal decision. If we need to sell a player, perhaps we do not always get the offer we want. It’s true that Paredes is a very important player, but it takes two sides to make a decision, it’s never done singularly.