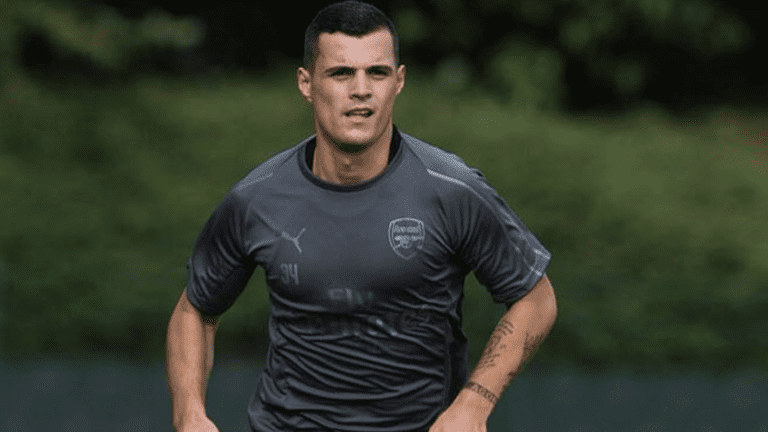 Il Tempo (Austini): The profile is clear, the real objective, though, is decidedly less. Monchi wants a midfielder and, if he manages to nab one, also a right winger who is left-footed. According to the stories of Eusebio Di Francesco, Monchi does not sleep at night and hides behind a halo of mystery in this final stretch of the transfer market, chasing one or two final pieces to be included in a mosaic that he thought he had completed (or almost) with the purchase of Malcom. Barcelona has forced him to change plans and now he is in Boston, along with Pallotta, Baldini and Baldissoni, and it’s time to make a bet on someone.

The new name is Granit Xhaka, a Swiss international at Arsenal, who recently renewed his contract but with the new manager Unai Emery, he is no longer a staple of the midfield. Monchi has sniffed around for a potential deal and through the work of some intermediaries, he is trying to snatch an affordable price for the 1992 class mediano, who Arsenal paid €45 million for from Borussia Mönchengladbach only two years ago. Until last week, Roma thought that they had got their hands on Nzonzi, but the Frenchman asked for wages of €4.5 million (net), which annoyed his mentor Monchi, who brought him to Sevilla in 2015. For this reason, beyond Pallotta’s words, which make it clear he’s still on their radar (“He’s a beast” as defined by the president), for several days now, Monchi is evaluating other options. Looking for a mediano with a powerful physique, who can be placed in front of the defence to create a barrier and recover the ball. Possibly even more muscular than Gonalons, who in the meantime, Roma is trying to place into the Premier League: after Crystal Palace and Everton, an offer from West Ham has arrived.

Apart from Xhaka, among the many players that have been proposed, none is entirely convincing due to either their features or price. Herrera lacks strength and Porto will not give a big discount less than his €40 million buyout clause despite his expiring contract in 2019. Another valued player is Ndombele, who is considered more of a “box to box” midfielder rather than a static mediano, and Lyon is asking for the moon. Once the midfielder is brought home, Monchi will take care of what remains: an attacker. In the swirl of names linked to Roma – the average is more than one a day – no particular confirmations are found. There is warm interest for Milan’s Suso. The agent of the player, Lucci, talked to Monchi during the negotiations for the renewal of Florenzi about the Spaniard and now he is waiting for a signal, should it arrive, to open talks with Milan. The Spaniard has already given his maximum availability to a move to Trigoria, provided they guarantee wages above €3 million net. And if Suso arrives or another in his role arrives, Perotti would likely leave.