Monchi: “Shakhtar? Difficult, but not impossible.” 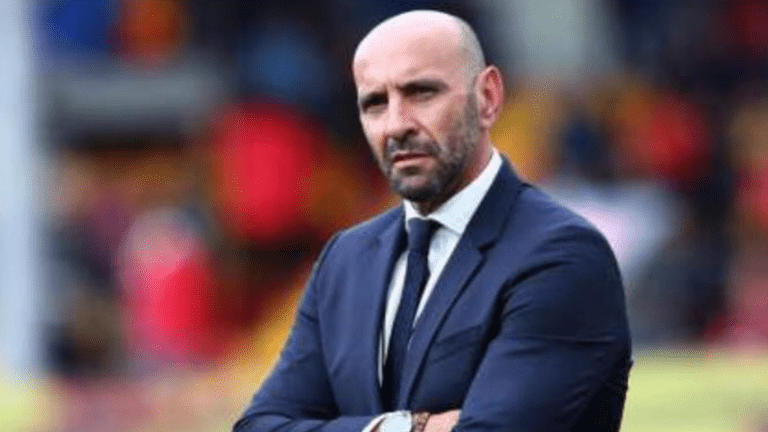 Roma sporting director, Monchi, spoke to Cadena Sar today ahead of the Giallorossi’s Champions League clash against Shakhtar. These are his words:

It is almost a year now that you’ve been in Rome. Have you adapted to the new environment?
I’m adapting to Italian football and Roma more and more, every day I learn something new about this place, of course I was already following Italian football as a sporting director, but when you get into it you learn it better. It’s gotten better both with the language and my habits, I know my team better. This is a special club, which has a huge impact, especially in the media. In general, I am happy.

Shakhtar? You have to recover from 1-2 deficit.
We have to face this match knowing that it is one of the most important of this period, we are playing for the chance of getting to the quarterfinals against a difficult opponent, qualifying would be important for the club and for the club’s growth. We must be motivated and concentrated. It is not easy, but it is not impossible, either.

In the Champions League you had an exceptional group stage, but in the league you are not fighting for the Scudetto but for a Champions League place. Are you where you thought you could be? How do you see the team?
Generally speaking, we are happy with the Champions League, now we hope to be even more pleased with the league, a bit of clarity needs to be made, I think it’s been a particular year for Roma, both the manager and the sporting director have changed. There were some unknowns and I believe that, little by little, those are disappearing, we are not at the top, I would say so if we were close to Napoli and Juventus, but we are building a Roma with an ambitious future and a demanding present. I think this season still has a lot more to say: I believe that Roma must look forward, the future always starts with the present, we have to stay focused and remain ambitious to keep growing.

Is Alisson one of the best goalkeepers in the world?
Now that I’m lucky enough to watch him day after day, I can say he’s in incredible form, he’s getting us fantastic results, I do not know if he’s the best goalkeeper in the world, but he’s definitely a top-level goalkeeper. He is the first choice of the Brazilian national team and of Roma, I am happy that he is here with us.

There has been much talk of a possible sale of Dzeko in January.
Chelsea made an offer, it’s true, but it’s also true that the only thing that Roma did was listen to the offer, evaluate it and study it, and then, knowing a little bit about the thoughts of the player, the deal did not satisfy us. For us, Edin is an important player, who has given us so much in the past and is giving us so much in the present. As I said, in Italy, the sporting director must listen to the offers during the transfer market, he must then evaluate them and then accept or reject them, and in this case, there were no conditions that could satisfy all the parties.