Mourinho after Cremonese win: “It was an incredibly intense match.” 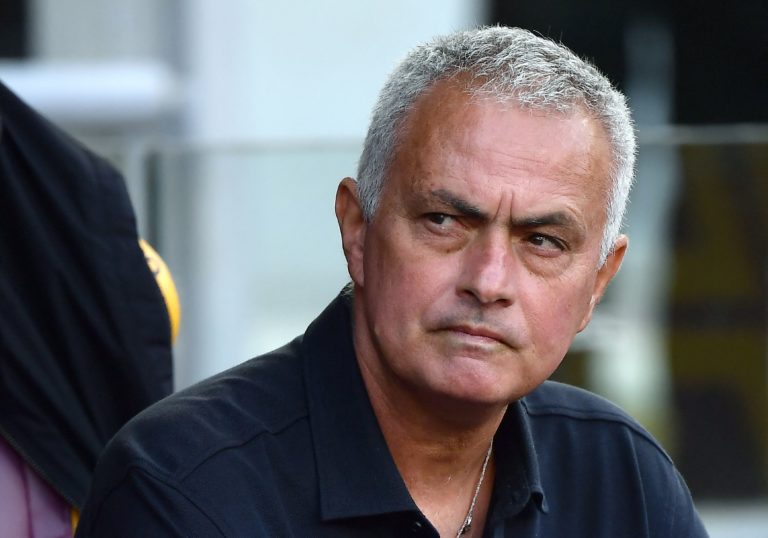 Roma manager Jose Mourinho was complimentary of opponents Cremonese after his team defeated the newly promoted side 1-0 this evening in a sold-out Stadio Olimpico.

The Giallorossi secured their second win of the season thanks to a second half headed goal from Chris Smalling. However, Cremonese tested the capital club throughout the affair and nearly equalised in the final seconds.

“I want to begin by giving my compliments to Cremonese,” Mourinho told DAZN.

“Obviously in the first half we had chances to score and put this match out of reach but we didn’t do so. Cremonese have a lot of quality and a good manager who has his own style, they didn’t make it easy for us.”

“I also want to compliment the referee. It was an intense match and he did well. As for us, I thought we played pretty good but you make things tough on yourself when you don’t take your chances.”

“The past couple of days have been a bit complicated for us from an emotional point of view, especially given we’ve now lost Zaniolo.”

He continued, “Anyway, this was a real test until the end. Ultimately, though, the most important thing are the three points.”

“The pitch also gave us problem, it was in good shape for 20 minutes but then it turned into a potato field. So we had some guys that were physically a bit troubled but I’m not worried about the fact we’ve won out first two games 1-0.”

Mourinho also commented on Zaniolo’s injury status and if the club plans to replace the injured Georginio Wijnaldum on the transfer market.

“I’m worried about Nicolo but there’s no use in whining, that’s life. It’s a part of football and can happen at any time, you just have to keep looking ahead,” he stated.

“Will we purchase a midfielder? All of us here want the same thing: what’s best for the club.”

“The owner and the director will decide on the transfer market. They know what I want and they’re also aware these injuries with Zaniolo and Wijnaldum weren’t accounted for.”

Finally, “Nonetheless, we’re all united and together we’ll find a solution and improve.”