Mourinho after Derby loss: “We deserved a different result.” 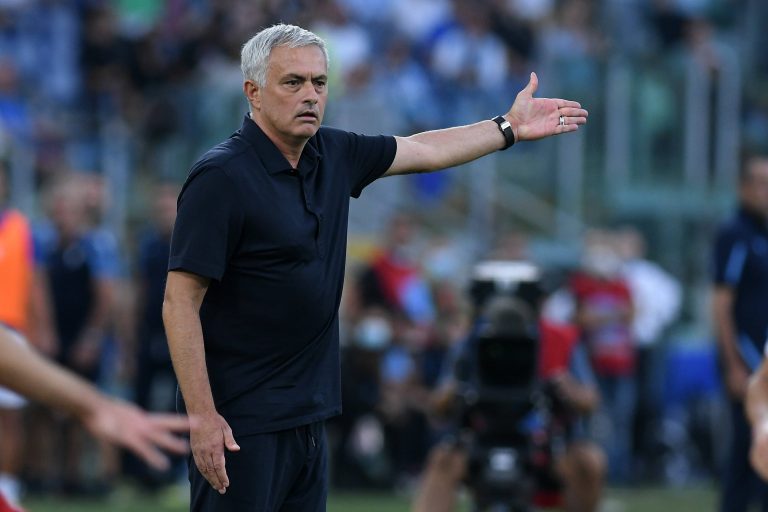 Roma boss José Mourinho was defiant in the post match following his team’s 3-2 loss this evening in the Derby della Capitale versus Lazio.

The Giallorossi were pegged for three goals for the second time within the span of a week. They came close to drawing level in the dying stages of the game but were denied by Lazio shot-stopper Pepe Reina.

Despite the defensive fragility, the Portuguese tactician claimed that his side didn’t deserve to lose this evening.

“First of all let me say something positive. Italian football has improved a lot, the quality of the game, the attacking nature and the desire to win have improved a lot,” began Mourinho to DAZN.

“Unfortunately, however, the referee and VAR weren’t up to it tonight in this fantastic match. They made a mistake on the episode with Zaniolo and then they opted against giving Leiva a second yellow card, which would have been huge.”

He continued, “A few days ago Pellegrini was sent off for much less, but today there’s nothing? I think my team was the best on the pitch today”

“Their second and third goals came off counterattacks, with the second one coming just after the penalty that should’ve been given on Zaniolo.”

“We dominated and gave them a lot of problems. There isn’t much more to say, they managed the game in the final minutes and the referee allowed them to do so.”

“I’m not worried about us defensively, I would be more worried if we decided not to play and didn’t try to win despite the difficulties we encountered. I’d also be worried if Lazio dominated us from start to finish.”