Mourinho after Genoa-Roma: “Enough of this bullshit.” 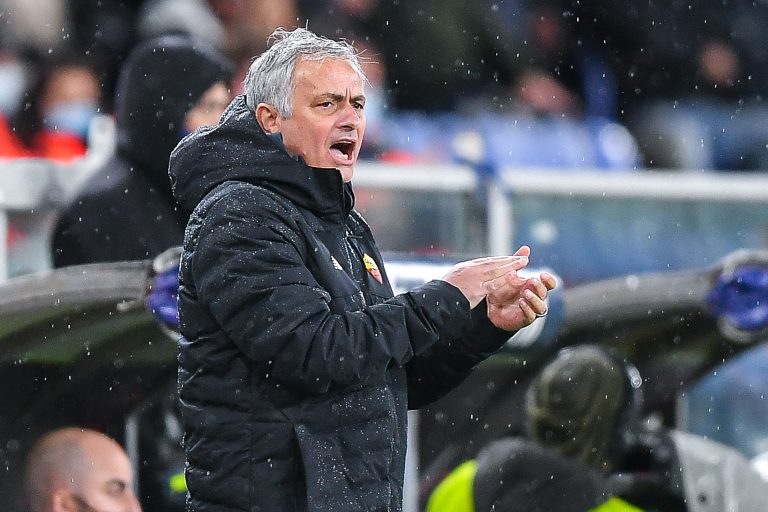 Following last night’s much needed win, Jose Mourinho used the post-match press conference to address some of the rumors surrounding his relationship with players like Mkhitaryan and Zaniolo.

“Today Mkhi was the best player on the pitch and surely tomorrow the story will be different. Yesterday I said that the week’s work had gone down the toilet but it wasn’t true: the only change I made is that Cristante didn’t play but Veretout played in the middle and I put Mkhitaryan further back.”

“I thought with Veretout, Mkhitaryan and Pellegrini in midfield, if it was a game in which we had possession of the ball, the opponent would never have seen the ball in the first place.”

“If it had been a game where the opponent holds the ball and we lose it often, we would have been in trouble because none of the three are players of physical strength. I thought we could have done well and Mkhitaryan has everything, he has experience, technique and physical condition, as seen in the first goal.”

“What was most important for me was his psychological strength because I already understood that in Rome it is not easy: one day you are incredible and the other you are poor.”

“For me it made the difference in him, his strength is his personality, and he played a great game in the midfield.”

“With time to work on his positioning he can also play as a mezz’ala. I also see him as one of the two strikers, it’s a role he can play.”

“I had also thought of putting Zaniolo and Felix together in attack in place of Abraham and Shomurodov, but then I saw that Genoa had lowered themselves. There was little space to play, there was Badelj who lowered himself between the 3 central defenders, they were already in 5 in defense…”

“I thought it was not the game for Nicolò, who needs space and it is not suitable for him play in central areas. No problem, he will certainly play on Thursday or Sunday, or maybe even both games.”

“This past week, perhaps because of him, I read that I supposedly had problems with Mkhitaryan, with Zaniolo, with everyone. And after the first goal near the bench it seemed we had won the Champions League.”

“Rome is fun, but enough of this bullshit.”

On Felix’s decision to decline the national team call-up from Ghana:

“It was his decision, he felt he needed to learn and work more. He obviously wants to go to the national team, but he wants to go there with an important sense of maturity.”

“He wants to work until the end of the season and not miss opportunities to be with us, it’s a request from him.”

“I think a player should have the opportunity to choose what is right to do. And in my opinion this is the right choice: to work with us and grow with peace of mind.”

“One day his national team will have a complete player, not a kid who will have to learn as much as he has to right now.”