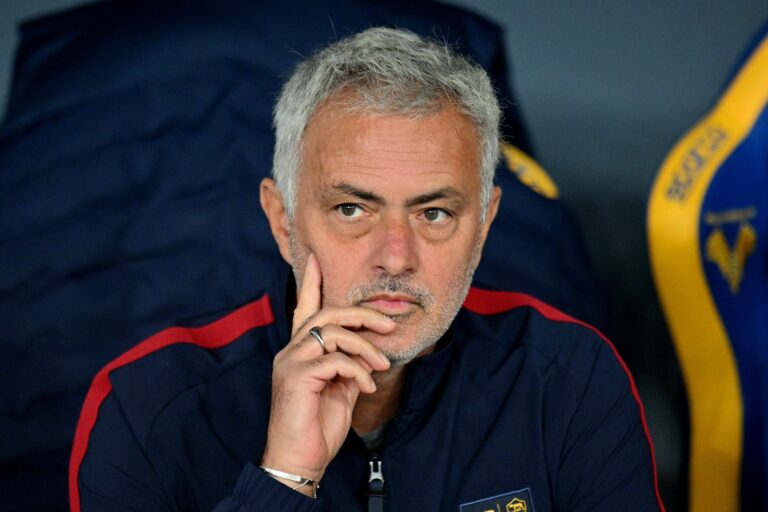 Jose Mourinho sat down to speak to the media, following last night’s final whistle, and explain the challenges and obstacles as well as his decision-making to secure a late victory at the Stadio Bentegodi in Verona.

“I want to pay my compliments to tonight’s opponent,” the Special One said referring a struggling Verona side with newly appointed manager Salvatore Bocchetti. “I think in the end they’ll start getting the results they want and need, given the way they lost tonight or against Milan.”

“They played very well while being down a man. They changed their attitude, by setting up a low block and defending with everything they had.”

“We are not a very talented team when it comes to playing against a formation like the one deployed by Verona. We tried everything to get the win. Volpato, for example, is good in attacking between the lines, he’s not afraid of the ball and going at the opponent.”

“With Matic it’s a deja-vu: when you need a player to help build from the back you bring him on and he helps you solve the game.”

“This was a very important result. I say we survived and we keep surviving because we need all the points we can get before the World Cup break.”

“It’s not easy, but we can’t allow ourselves to cry. If somebody goes down, then somebody else has to rise to the occasion. It’s pointless to cry, cry, cry… Sure, it’s tough but we can’t keep talking about Wijnaldum, Dybala, now Spinazzola…”

“Crying about these absences brings only negativity, and what brings positivity is having confidence in the other lads.”

“Taking off Cristante? I wanted to win the game. I wasn’t thinking about the Derby. I was afraid that since he was on a yellow card we’d be playing in ten since that has an impact on the way you play in the final minutes of a difficult game. At the same time, I brought on El Shaarawy who gives us more depth on the wing, and put Pellegrini in the midfield with Camara, which is a very attacking midfield.”

“Zaniolo? He suffered a very strong blow to the leg. He’d asked me to be replaced at half-time but I tried to push him a little further. I hope he can play on Thursday because he deserves it. If UEFA allow him to play, I think that from a physical point of view he will be available.”