Mourinho happy with result & looks ahead to the derby 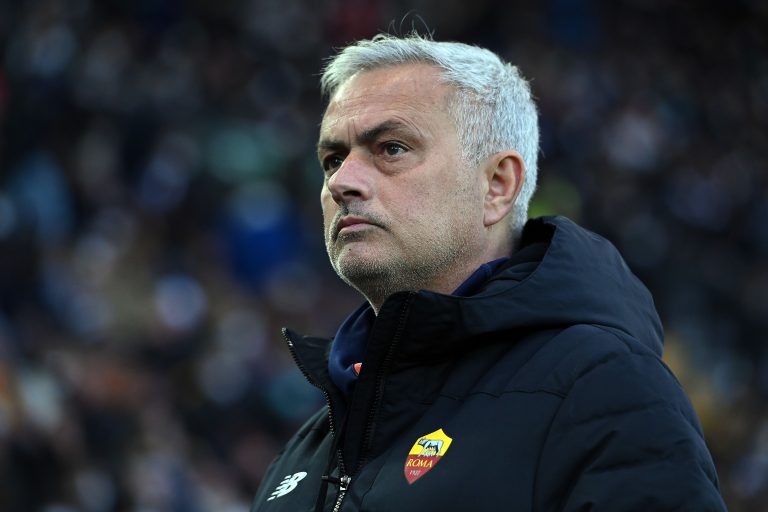 Roma’s unbeaten run continues with the Giallorossi snatching a last minute goal to level the game against Vitesse and advance to the next stage of this year’s Conference League.

Jose Mourinho sounded quite relieved when interviewed by Sky Sport after the final whistle.

“At this point you have to expect every side to be of quality, like Vitesse. Thankfully we’re the ones to go through.”

“This roster has limits at different levels, however, a few months ago we were talking about not having the ability to be able to control the result. The disaster against Juve etc. Now we are talking about the opposite, with this persistent ability to resist and persevere.”

“It is an everlasting quality. 8-9 games without defeat. There was a great risk tonight given that with extra time you would have risked big time.”

“Vitesse are good. I tell you with full honesty, I did not know their coach. He is very good. What do you want me to tell you? We’re the ones who did not show up tonight.”

“So big credit to them. I’m glad we’re through. Obviously I’m not happy because so many players have played, whereas Lazio spent the evening smoking cigarettes with Sarri.”

The Special One concluded, “We prepared tonight’s game with the idea of ​​winning it from the start. We did not think about a draw, we prepared it in the only way: to win.”

“Until guy out of nowhere scored a fantastic goal, the game seemed almost under control. At the break I said: there are three things to think about: set pieces, one of their defenders and be careful not to lose the ball.”

“We kept losing the ball, the attackers were not able to keep it. In the midfield we lost a lot of balls. We didn’t have a good game from a technical point of view.”

“We defended well, the 3 defenders did well. We were on the line for the last few minutes, we weren’t afraid. El Shaarawy played as a third striker rather than further back.”

“Now let’s think about the derby. Sarri smokes a cigarette, I have to think about how to recover the players in time for Sunday.”