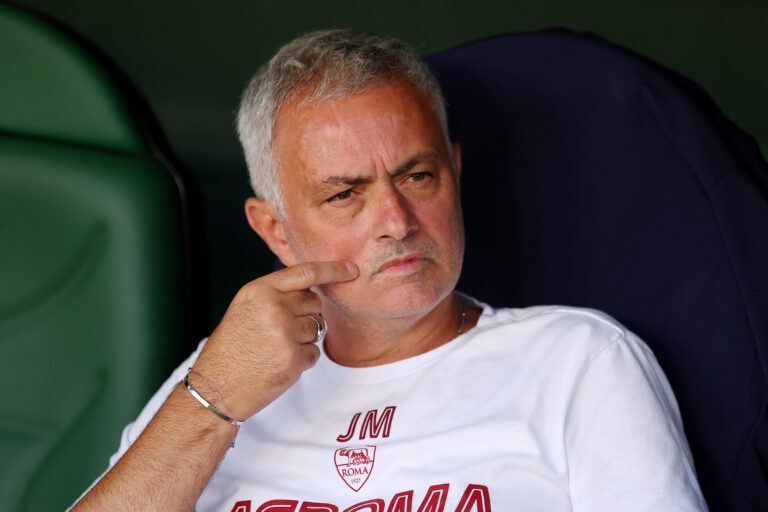 Roma boss Jose Mourinho featured in today’s pre-match press conference where he discussed the particulars regarding tomorrow night’s showdown at the Stadio Olimpico against Luciano Spalletti’s side.

“Celik could be back for our next game,” Mourinho said, referring to Zeki Celik’s recovery from a knee injury suffered earlier in the month.

“Otherwise, we feel good. After playing a series of games in a very packed schedule we finally had the opportunity to prepare for a week and this helped us a lot. Some of our players really needed this week of training.”

“Zaniolo? He is in a moment of his career where he has to grow, improve, understand the game better. In this sense, when you are more offensive, you are usually more instinctive.”

“When you are a midfield player you must also be a player who thinks, understand that you don’t have to risk so much all the time. He is in a phase of continuous growth and learning.”

“In the match against Sampdoria I think he showed us that he’s matured from an emotional point of view. He started from the bench and he had one single thing in his mind: he wanted his team to win, he wanted to help the team win the game at all costs. I really liked that about him.”

“His suspension in Europa League is a joke. Three days for a red card is a joke and something I can’t wrap my head around.”

“This kid gets the worst stuff thrown at him all the time and so I must defend him. I’m not happy because I won’t have him at my disposal for two crucial Europa League matches. But I feel for him because this is not fair.”

“Without him and Dybala we’ll have to look for solutions. We don’t have just one of playing, we have many and we must continue to adapt.”

“Napoli have scored many goals, but it cannot be said that we, as we do not score many goals, are not playing attacking football. We are the eighth attack in the league because we miss easy goals, not because we are defensive.”

“Have you seen us miss so many goals? How can we wait for someone if we miss our key chances? This thing has to be interpreted here. We don’t score goals, why? We miss a lot of goals, maybe tomorrow we’ll have three shots on goal and score three goals.”

“We had 20 shots against Atalanta and we lost because they had one, and it was their only one all game long. We create and we are not scoring. One day a team will pay, and it will be the day we take four shots and score four goals. Let’s play our game which always has one objective: to win the game. Napoli is the favorite, they are a great team, they have scored many goals, they defend well, they are Napoli. Let’s go and see what we can do.”