Mourinho previews Genoa-Roma: “We lose an important player in Cristante.” 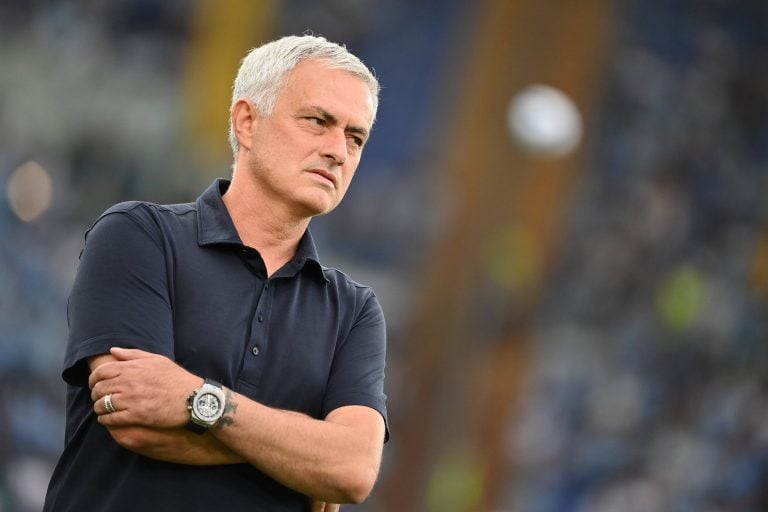 Jose Mourinho addressed the media on the eve of Roma’s away match against Genoa. The Portuguese technician spoke after it was revealed that Gonzalo Villar and Bryan Cristante tested positive for COVID-19.

“After that he made history, there is little else to say. When you become a Champions League and a Ballon d’Or winner and win many titles, you are the one who makes your own story. A fantastic story, of a fantastic player.”

“It is his first experience as a club manager, but he did very well with Ukraine. He has his own idea, his own philosophy. His leadership, even if silent, he is like that. I would like the same thing to happen to him that happened to me: I lost the first match and then I won a lot. I love him, I wish him that. Much success and many joys.”

On losing Cristante to COVID:

“The work we’ve done over the week is worthless now. What we have tried, all the dynamics, we have lost it when we lost an important player like Cristante along with many other problems.”

“For example, three left backs all out. We have to find solutions. There are people who have to make the sacrifice in positions that are not theirs. We have to adapt to play well, take the points home. It is a difficult time for us.”

“It is a good opportunity. Your sources have nothing, they are not sources anymore. It would be interesting. Everything happened so fast, obviously today we didn’t train ahead of the match. It will be fun for you to understand how we play.”

On the difficulties of tomorrow’s match:

“They also don’t know how and with which players we will play. But the biggest difficulty for Sheva and me is that there are a lot of important players that are unavailable.”

“Playing against a team that has a new manager has more question marks. But as Sheva said at his conference, it is not so much the idea, but to get a result given the absences.”

“It is difficult to follow a line, there is not a single left-back in the formation for tomorrow. Spinazzola, Viña, Calafiori. Even central defenders, the absence of Cristante. Hard. But in the end it will be Genoa Roma, everyone needs points.”

“It will be fun at the very least. With the desire to play well, to win. They were all fun games except Bodo’s: in that case they had more fun.”

“I think this new ownership has had an influence of motivation, hope. Difficult environment. Beautiful stadium. With us, however, we will always have many fans even away, even at this level it is important.”

“There will be a desire to win from the 1st minute. We may not win, as has already happened, but we enter the field with the same idea. Not even in this difficult moment do we dare change this idea.”