Mourinho previews key Ludogorets showdown: “We will play to win.” 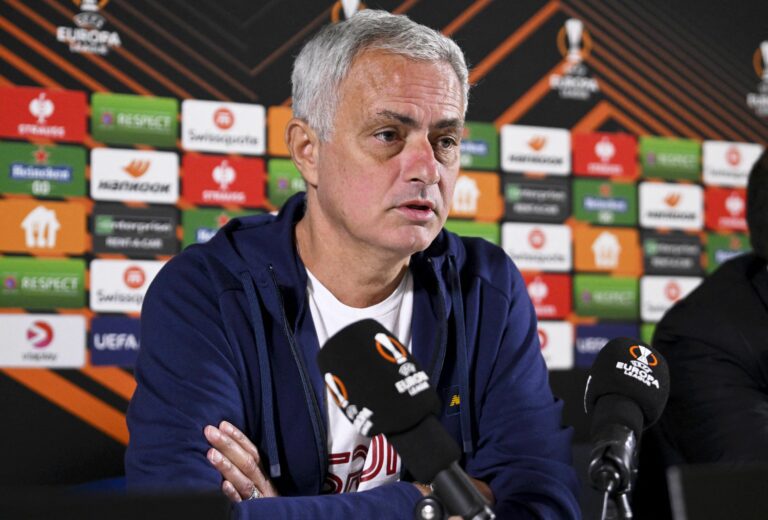 Jose Mourinho spoke to the media this afternoon ahead of tomorrow night’s crucial European return leg with Ludogorets at the Stadio Olimpico.

“If we don’t win tomorrow, we go to the Conference League, but we don’t want to,” the Special One said of his team’s ambitions for the night. “We have to advance to the knockout round. We must play to win.”

“It’s going to be a difficult game for both teams. The stadium is sold out again and I hope we can recreate the same kind of environment we tasted last year. The boys must have the motivation to continue in the Europa League.”

“Zaniolo? This is what I call justice. A ban worth three games was too much for a red card. This is important for us because he is a player who can help win. Right now I can’t tell you if the swelling in his leg has improved or not.”

“Ludogorets will play for a draw and a win. They’ll be satisfied with two results and that gives them an advantage.”

“My players’ ambition is to continue playing in the Europa League. They don’t want to win the Conference League again,” Mourinho added.

“For example, Pellegrini missed his penalty with Empoli, but then he had the courage to score a penalty kick with Sampdoria.”

“I’m not angry with Tammy – on the contrary, I’m happy with his performance in Verona. Yes, he missed two wide open opportunities, but that’s not a problem for me. At the beginning of the season he wasn’t focused enough, whereas now he’s helping the team and tomorrow he will play.”

“Here at Roma is a bit of a necessity to rely on younger players due to the kind of profile that we have and what our project consists of. I’m not a hero because I give someone like Volpato the opportunity to play.”

“It’s always nice to see young players make their debut, it’s a nice feeling. I also have a group of players who help out the younger ones.”