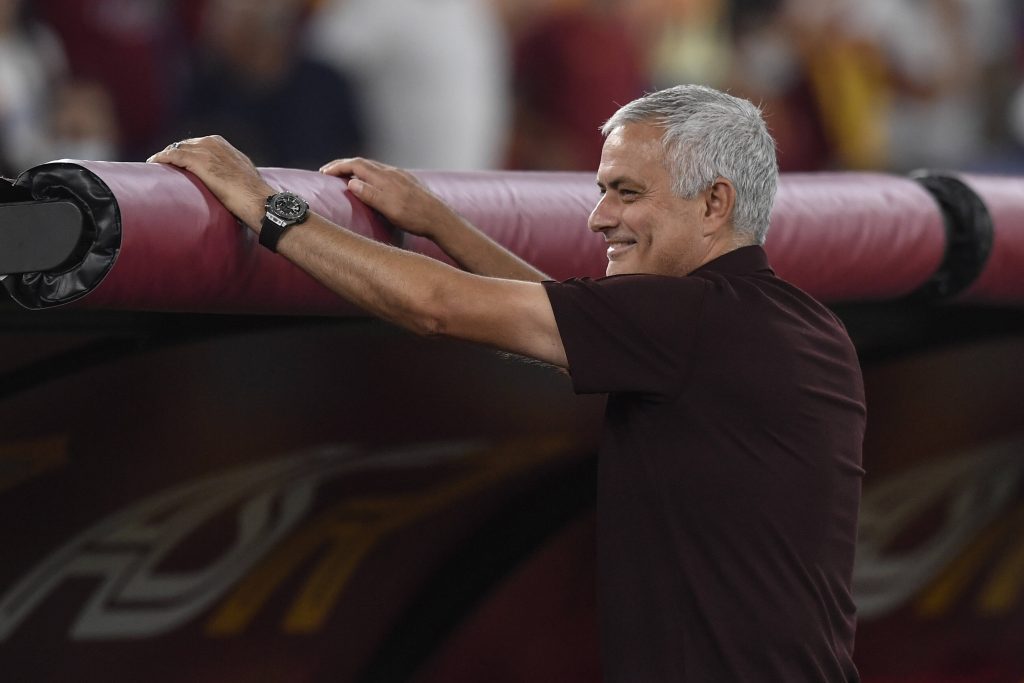 Jose Mourinho addressed the media ahead of tomorrow’s Conference League match at the Olimpico vs Zorya Luhansk.

The Special One talked about the challenge awaiting Roma given their position in the standings.

“If we win we are inside, if we lose we drop out. A draw leaves things open. We have fate in our hands with a draw.”

“That’s the way it is, this is the goal. It is a final for us and for them. And it is an important match. The double competition will last for months, but it is a problem we want to have.”

“Tomorrow we will put our utmost strength to win.”

On what he expects from Zaniolo:

“Nothing in particular, I expect everything from the team as a whole. It was as a team that we won in Genoa, as a team we have to do everything to win.”

“I don’t expect anything different from him than what I expect from others. What I said at Genoa was about the way he celebrated, it was like he had played 90 minutes.”

On playing Rui Patricio in both competitions:

“It depends on the situation, I think Fuzato is doing fantastic work. If he has to play a match, both Serie A and Conference League, that’s not a problem for me. It wouldn’t be a sleepless night before the game. But Rui will play tomorrow.”

On whether he’s satisfied with Abraham’s work rate and performances:

“I’m happy with him. Obviously when you are a striker of a team that creates a lot and you are a team that by philosophy is an attacking team, you usually have the possibility to score more. But he works a lot for the team, he helps a lot in the creation of chances, in the build-up.”

“For me it’s not a problem, at the moment I’m happy with him. Team player, offensive principles, movements. Defensively he has a way of analyzing the opponent, closing spaces and pressing.”

“He has learned to have another dimension as a team player, which maybe he didn’t have before. I’m happy, I think sooner or later more goals will come, he will have everything, teamwork and individual situations to score more.”

“He had a small decline after a very strong start, which affected everyone, even the fans. A small drop that seems absolutely normal to me, even after the injury he remedied in England, playing 2-3 games with some limitations.”

“He plays tomorrow. Zaniolo and Rui Patricio also play, you’re only missing 8 others.”

On the preferred line-up for this team:

“We had lost all left backs, at that moment there was the possibility of playing three at the back with El Shaarawy who is not a full-back and who does not play in a five-man formation, where wingers play are full backs.”

“We have found this solution which went well in terms of play but in terms of results it went badly in Venice and well in Genoa.”

“The squad was not built to play with three at the back, we only have four central defenders and four offensive wingers, you need different players.”

“But the truth is that we played that way, the players adapted, the dynamics are not good for everyone but it is very good for some, maybe it is something that we must always have in the back of our minds as an option.”

“When we get all the players back, the goal will always be to go back to the game model we wanted to develop. You get there with years of work, when you know the players well and the players know the dynamics of one model, another can be developed, but with the emergency situation we have developed this.”

“I’m happy, I see it going well. The players are happy, obviously for El Shaarawy it is easier to play as a 4-3-3 winger, for someone else this system is easier. We will seek balance. I say the fourth player who plays: Veretout.”

On Calafiori, Vina and Smalling:

“Vina and Calafiori trained with the team. We will soon have a meeting to decide, as we did for Smalling at Genoa. They trained for the first time, I think it is possible to recover them.”

On what he’s learned after three months at the club:

“I know my players better. That’s why El Shaarawy is playing in that position when I thought it was impossible at first.”

“I thought last year he played with ups and downs, without continuity, I thought he has quality as an attacking winger to play once every now and then.”

“He has had an evolution where he now plays a full 90 minutes. At Genoa he saved the day with a goal line clearance. I am learning from the players where I can develop them. Sometimes even after years you discover new things about players.”