Mourinho says team is ready for match vs Empoli 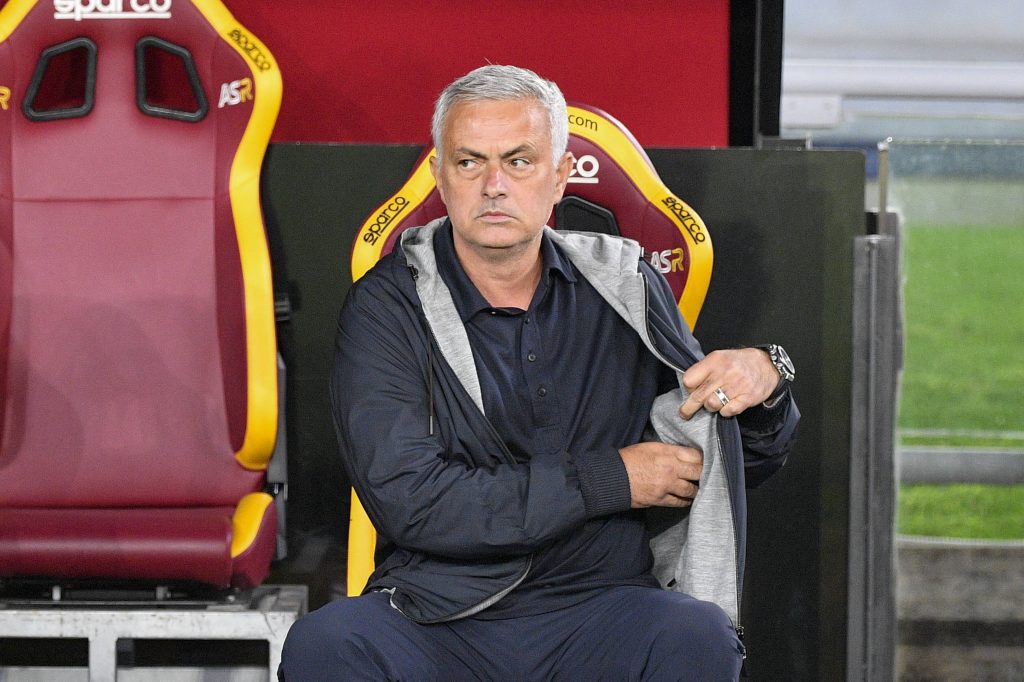 Jose Mourinho sat down to address the media ahead of Roma’s last Serie A game vs Empoli before the international break.

On what keeps a team at the top of the table:

“The result is most important. If you play offensive football and lose 5-4 it is better if you play 0-0 and get a point. Balance is the basis of everything. You cannot stay at the top if you are not a balanced team.”

On whether he plans on starting Darboe for a second time in a row:

“He has undertaken a journey with us, in these two months, and in my opinion it was good for him.”

“Last year when he played in the first team he played without responsibility. The team was in a difficult moment. Paulo had no alternative for the injured players. He also put pressure on himself.”

“He has always worked hard, but without the quality of play that he has. Little by little he got rid of this, he matured, he learned and the confidence returned.”

“Against Zorya we had many options for the midfielder and could choose between Diawara’s experience and Villar’s quality or maybe even Bove. Darboe’s response was very good. He was very good defensively.”

“He has grown a lot.. The trust he has in himself and mine in him, with this type of game, grows.”

On whether he was surprised about Zaniolo and Mancini’s missed call-ups to the Italian national team:

“It is not my job. Italy have a very responsible coach who has many players to choose from. They are his choices.”

“I respect if one goes or ten go. I always think that the players prefer to go to the national team because for all of them it is something to be proud of. But if they stay here they are protected, they work well and have no games to play.”

On playing against a good defensive side like Empoli:

“The easiest thing in football is to defend well. If you do it at the cost of the offensive organization… we don’t want to do it. We want to play, create, score and defend well.”

“I want a team that is truly balanced and defends well as a team… I prefer to look at the complete photograph. We need to be balanced as a team. There were 6 goals in two games, then we had others without goals conceded. For us it is obviously too much and we are working on this, even today.”

“Second day of recovery after Thursday, we did it at a low intensity level as it is difficult to work with high intensity when playing midweek.”

“We know how Empoli play, we know their qualities. We know they make a lot of crosses, we know that they are the second team to shoot from outside. We worked on this.”

On what he thinks about national teams and the number of games players are asked to play:

“We are here and the interest of the club is more important. There are some things that can be improved, but to imagine a world of football without the national team, their passion, is not the solution.”

“I would say that I don’t understand how it is possible that in South America we play on Thursday night which for us Europeans is Friday morning. I thought this was over.”

“Another thing I don’t like is that the national team selects 35 players for 2-3 games and 20 of them don’t even play, they don’t train with real intensity. It’s normal. I prefer these players to be with the club. These details can be improved.”

On Roma not having a draw yet so far this season:

“Many times the difference between a win and a draw is not a question of game management, but of details.”

“One thing is a team that comes in to draw and who manages to do it. My goal is not to lose, to play for a draw and we had the qualities to do that. This is not us. It doesn’t seem like Empoli either and for this reason sometimes the difference between us and Sassuolo, between a draw and a win, was a goal in the 90th. I don’t think it’s a philosophical thing.”

On whether he plans on changing something after the derby loss:

“The result is very important during the match and a team can decide to change their way of playing. It’s normal. It is important that the team that wants to change the result takes risks, changes their attitude, and not be afraid to take another goal. It is the dialectic of the game, the beauty of the game.”

“There is another factor that people do not understand very well that sometimes you play in a different way not because of your fault, but because of the opponent.”

On tomorrow being another sold-out game:

“I can’t speak for them but thank them. Even from the first day. It is a clear demonstration of Romanismo.”

“For me it is a demonstration of confidence in the team’s attitude. We lost two games, but the two we lost we had attitude, desire, quality, total commitment. Being a fan is means being something that you like, that you feel. I think this empathy is based on this kind of team profile as a team that we have, of the game.”

“Since the moment I heard that the Friedkins did not want to lose a player like him, quality, symbol, Roman and Romanista, I decided to make him captain. Since Lorenzo told me face to face “I am sure”, afterwards it was all in the hands of Tiago Pinto and Lorenzo’s agent.”

“It is a process that one day more, one week more, we knew would end like this. It is the right decision for the club and for Lorenzo. For us as a team this kind of stability is important.”