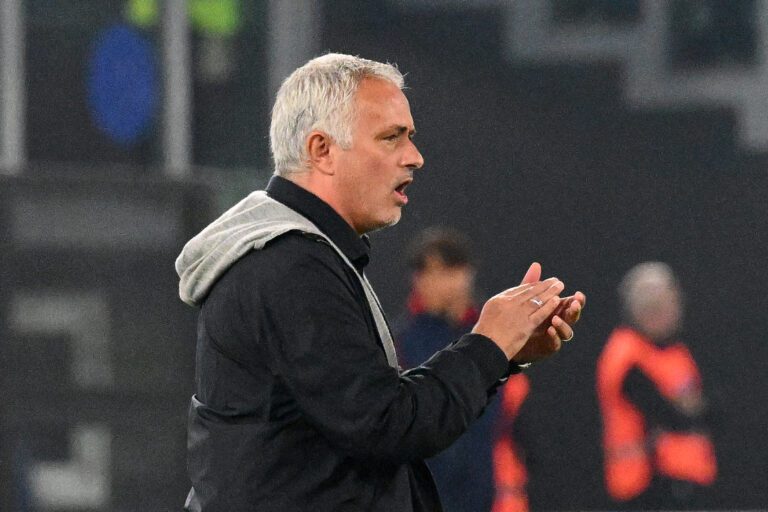 Jose Mourinho did not sound too cheerful despite his side came out with a win in tonight’s league match-up with Lecce.

The Portuguese technician was visibly worried about the status of Paulo Dybala who was forced off the pitch after scoring the winning goal with an injury that might sideline him for a long period of time.

“To put it mildly – it’s bad. Unfortunately, it’s very, very bad,” he told DAZN after the final whistle. “I’m no doctor, and I haven’t spoken with him, but from experience we won’t see him before the break.”

More about the game itself, the Special One said, “I can hardly remember a match of this kind, eleven versus ten, where I just couldn’t wait for it to finish. We were mentally tired and you could clearly see it.”

“We started off well but then once we were one man up over Lecce, we failed to manage the game. That happens when you are tired and you make life harder for yourself.”

“Belotti was the only one who played like he knew what he was doing tonight. Everyone else seemed afraid of the ball.”

“Tonight we were fatigued and fatigue is real, but we must do better,” he added.

About his side’s tendency to miss several chances per game, he said, “For me the mistakes are more mental rather than anything else. Tammy’s last missed goal where he stands without defending is the sign of someone who’s desperate.”

“Tammy, Belotti and Zaniolo’s goals will come,” Mourinho continued. “What I’m worried about is our inability to manage the game, the way we wait for the opponent to strike first.”

“Wijnaldum was brought in to give us this rhythm and offer diversity in the midfield. The moment we lost him we began to struggle. I think that’s what’s missing.”