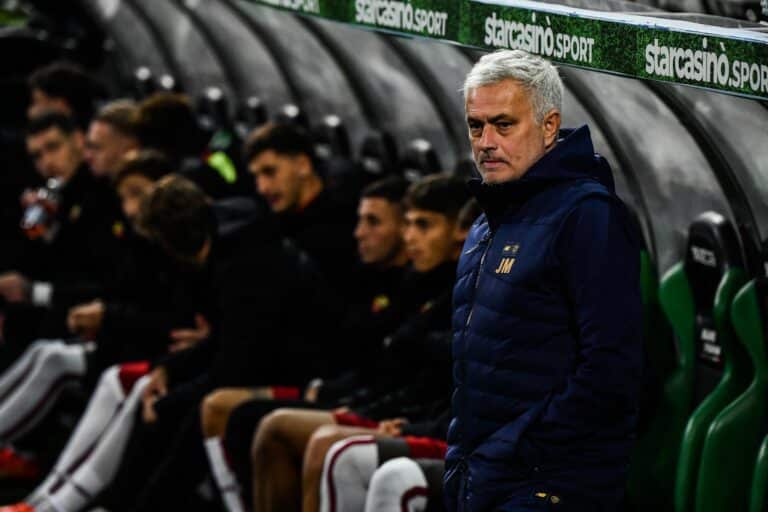 Jose Mourinho analyzed his side’s performance in a disappointing night in Sassuolo where the Giallorossi conceded in the final minutes, ending up with a 1-1 draw to take back to the capital.

“It’s a shame because the team’s effort was betrayed by a player with unprofessional attitude,” Mourinho remarked. “He betrayed everyone else’s effort.”

“You didn’t hear me speaking like this about Ibanez after the derby because his attitude was excellent and a mistake is also part of the game. Players can make mistakes, the problem for me is when the attitude is incorrect. That’s what I have a problem with. Mind you, in general I’m satisfied with the team’s attitude.”

“I am referring to one player, and I won’t say who it is. Today I had 16 players on the pitch and I was happy with the attitude of 15.”

“This wasn’t the result we wanted, we got one match left with Torino and so let’s see if we can get the three points.”

“I am happy with what Volpato showed today. I can’t always expect him to carry the torch for us, and so I can’t expect a young kid to put the team on his back, especially not a kid who up until a year ago was playing on artificial turf with the Primavera.”

“I can’t ask for more tonight from the team. I don’t feel like it. I cannot be critical for Eldor for missing that goal when he gave everything he had in him. The same goes for Belotti who lacks security and must adapt to our team.”

“Today I saw a different Tammy and I asked him why he played like did today and not on other days. He won duels, he was physical, he looked for space in front of him. He looked sure of himself.”

“Dybala? I don’t know if he’ll recover for Sunday. It’s difficult to say. Of course we need Paulo. I’d love to have him back.”