Nzonzi answers a variety of questions from supporters 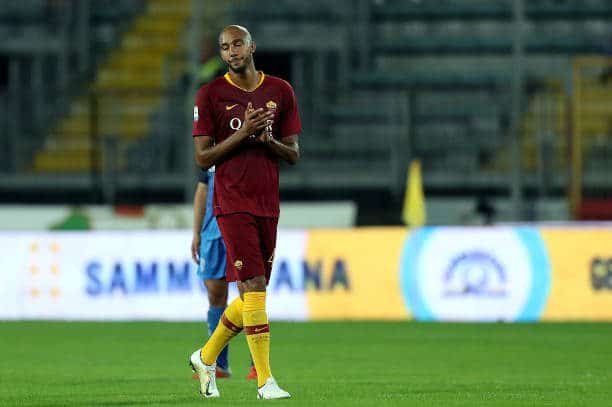 Roma midfielder Steven Nzonzi interacted with fans today on Reddit and answered a variety of their questions. These are his words:

Most footballers get called up to their national team early in their career when they are developing, but you were called up first in 2017 and won the World Cup a year later after making a name for yourself. What do you think was the turning point that made you a French international? And have you always wanted to be one, or were you just focused on club level?
Well of course there is a lot of competition, especially in midfield, to get into the France team. But I think moving to Sevilla really helped – I started playing in Europa League finals, Champions League games, big La Liga games. Maybe I needed that, it definitely helped me improve quickly and get to the point where I could play for France! It was definitely always a big ambition of mine, so I was very happy.

Do you think Italian football has an issue with racism? How do you think clubs and leagues should handle these incidents and the perpetrators?
I do think there is an issue with it, because it has happened many times. They really should work on it. For sure they should not have punished Koulibaly – because in that situation you have to put yourself in the position of the player. No-one can know how you would react until it happens to them. It’s very hurtful for any player, to be booed in that way. Walking off when it happens could be one to way approach it in future, definitely. Because I think the reaction to it has to be harsh, has to be firm – because otherwise nothing will change. Making a strong reaction like that will make them think twice about their actions.

How do you guys solve the language barrier on the pitch?
In the end, almost all the players can speak some English – so there’s always a way. The Spanish players are good with Italian too … so we are able to work it out. But on the pitch, in a game, De Rossi or whoever can usually shout to us in English to make his point!

What does an average (non-match) day look like for you?
Well, generally, we have one training session every day. I usually arrive at the last minute – well, just before the last minute – and then train, then spend a long time afterwards doing everything I need to do – stretching, physio… making sure I’m prepared for games. Then at home I take a nap, and with the rest of the day it depends – I eat, I relax with family, or sometimes I go out in the city centre.

How was going from Amiens to Blackburn? It’s seems quite a culture shock but what were your first impressions and lasting ones as well?
The biggest move of my career. The biggest difference I have ever experienced in my life. My dad came with me, and my sister lived with me for a while – but the difference between Ligue 2 and the Premier League, I will never forget that in my life. Everything about it: the cars I suddenly saw in the car park when I arrived there. Everything about it shocked me – and then the football too, suddenly playing against the big players I always watched. The first game I played was against Man City – Robinho, Tevez, Adebayor – it was crazy.

What was the most difficult thing to learn in your position?
Probably the tactics, the positioning. It takes time to learn everything – where you need to be, where everyone else – when to move the ball and what is behind you. It’s not so different in Italy but every coach has their different way of wanting to play – so you have to learn that. But it is very tactical, which helps me improve.

Who was the best player you played against in the Premier League? How different is it actually playing in the Premier compared to Serie A?
The leagues are very different – the Premier League is a bit more physical, and a bit more direct in the way we attack. But that is perhaps because of the weather, and the way the pitches are. The guys like Drogba, Rooney, Van Persie were all great when I started… and Yaya Toure too, he was just brilliant.

Who is the most talented footballer you’ve played alongside?
There’s a lot, too many to pick out one. It’s impossible just to say one. When I first arrived at Blackburn, there was Benni McCarthy – I knew him a bit before, as a player, he was coming towards the end of his career but he was so good technically. So maybe not the best player ever I’ve played with, but he made a big early impression.

Where’s the best place for food? Roma, Sevilla, or Stoke?
Rome, definitely. I realised that pretty soon after I arrived here!

How has it been adapting to Rome? What do you like more in Rome (both city and/or club) compared to other clubs?
It’s certainly a beautiful city – it reminds me of Paris. The structure of the club is great. The fanbase is something amazing too. When the fans were there at the airport to welcome me – it’s not something that had happened to me before – that was a great feeling and helped me settle.