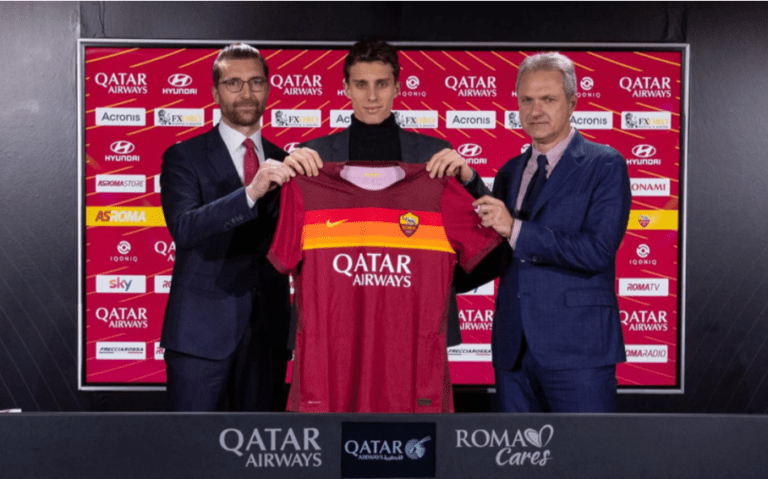 Roma have officially announced that was leaked to the media earlier today: Riccardo Calafiori has renewed his contract with the club until 2025.

The Giallorossi made the news official late this afternoon as the sides were able to reach an agreement after months of tense negotiations with the 18 year-old’s agent, Mino Raiola.

“I am incredibly happy,” Calafiori said to Roma’s official website. “This is an important step for me – this has been my dream ever since I was a child.

“It means so much – I think it would mean a lot for any kid who came through the academy here, dreaming of one day making it to the first team. Now it seems like I’ve done that, and perhaps it still has not really sunk in. There is no a better feeling in the world.”

Roma CEO Guido Fienga and executive Morgan De Sanctis expressed their delight that Calafiori, who joined the club’s youth academy nearly one decade ago, has committed his long term future in the Italian capital despite having drawn interest from various sides in Italy and abroad.

“We are delighted to be able to announce Riccardo’s contract renewal,” Fienga said.

“Beyond being a great young professional, he is also an example of how this club continues to invest in and support its academy, in order to develop great homegrown talent that is capable of enhancing the first-team squad.”

De Sanctis, who helps oversee the club’s youth academy, lauded Calafiori’s development and proclaimed that he possesses all of the tools to take his game even further.

“We are really pleased with how Riccardo has developed, a process started in our youth academy and now underlined by this new contract,” the former Roma shot-stopper turned director said.

“Riccardo is a modern left-back, comfortable in both attack and defence and yet with so much room to improve even more: we are confident that with his intelligence he will take on that challenge with professionalism and humility.”