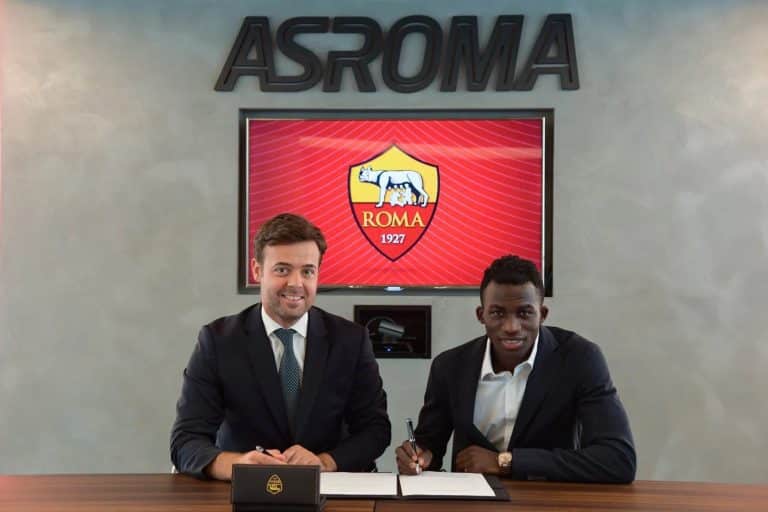 The capital club made the signing official through the following announcement on their website:

The club is pleased to announce that forward Felix Afena-Gyan has signed a new contract with the Giallorossi.

The Ghana international has made 22 appearances for the Giallorossi to date, scoring two goals.

“I am really pleased to have signed this contract: every since I arrived at this club my aim was to reach the first-team and since I did that my life has changed a lot,” Afena-Gyan said.

“Now I need to just concentrate on continuing to improve, I am motived to start the new season in the best possible way.”

Having joined the club’s youth setup in the early part of 2021, Felix quickly progressed from the Under-18s to the Primavera side and then, at the start of the 2021-22 campaign, he was called up to Jose Mourinho’s first team squad.

After making his professional debut against Cagliari in October 2021, a few weeks later he opened his account for the club with two late goals in an unforgettable substitute appearance against Genoa.

He has since gone on to make his international debut for Ghana, helping his country qualify for the upcoming World Cup after a hard-fought play-off victory against Nigeria.

“Felix has vast room for improvement and has the opportunity to make the most of that potential under the guidance of Jose Mourinho, a coach who is pivotal to the development of our young players,” said Tiago Pinto, the club’s General Manager.

“This contract extension also represents another demonstration of how the link between our first-team squad and our academy setup continues to get stronger.”