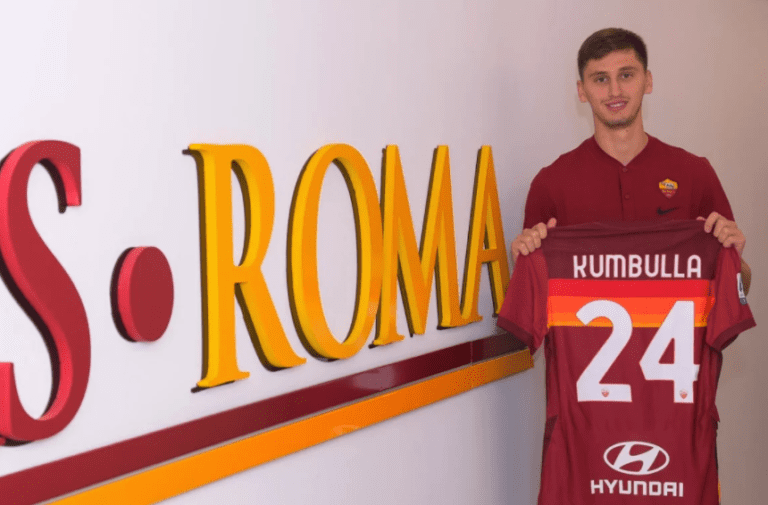 Roma have landed one of the premier signings of the Italian transfer window as Hellas Verona defender Marash Kumbulla has officially joined the club.

Kumbulla, 20, joins the Giallorossi on an initial two-year loan deal that runs until 30 June 2022.

As part of the deal, two-year loan arrangements for players Mert Cetin, Matteo Cancellieri and Aboudramane Diaby to go in the opposite direction and join Verona have also been agreed.

When the costs of all the loans are weighed against each other, the net cost to Roma is €2 million.

The overall transaction also includes various obligations, based on the meeting of certain targets, to make all four transfers permanent.

Assuming the four deals are all completed, the net cost to the Giallorossi will be €13.5 million.

The deal for Kumbulla also includes a number of specific performance-related bonuses, based on the achievements of both the player and the club, that are worth up to a maximum of €3.5 million.

Should the conditions be met to make the transfer permanent, Kumbulla has agreed a contract with the club that runs until 30 June 2025.

“Roma represents an opportunity, and a challenge, impossible to turn down,” said the Albanian international to the club’s official website.

“I was convinced by the plan the club has in place and I had no hesitations about making this choice – I will do everything to ensure I don’t disappoint those who have shown their belief in me.”

Roma CEO Guido Fienga also commented on the acquisition of the highly rated youngster, who was also wanted by Inter and Lazio.

“Marash was one of our top targets and we are delighted to have signed him,” he said.

“With him, we are bringing to Roma a young talent who stood out last season – and a player who possesses all the attributes to form, alongside others, a key part of the group we are building for the future.”