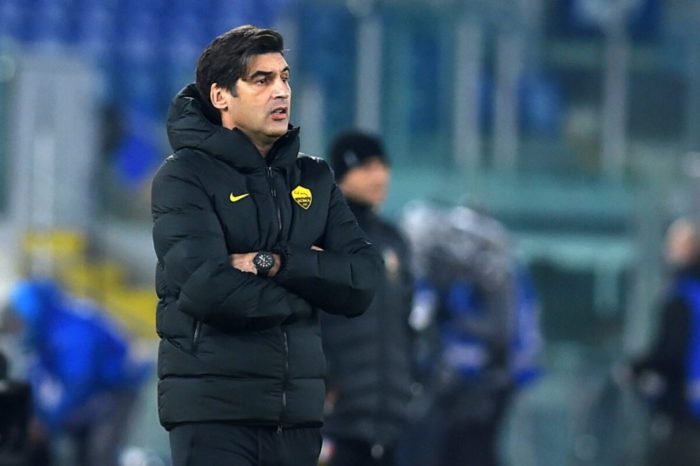 After months of speculation, Roma have officially confirmed what we already knew: Paulo Fonseca will leave the club when his contract expires next month.

The club announced the news early this afternoon, one day after they met with the Portuguese technician and his agent.

“On behalf of everyone at AS Roma, we would like to thank Paulo Fonseca for his hard work and leadership over the past two years,” said Dan Friedkin, Roma’s President.

“Paulo guided the team through many challenges, including the Covid pandemic and a change of ownership, and did so with selfless integrity and great character.”

“We wish him all the best for his future endeavours and know that he will be a great asset wherever he goes.”

Tiago Pinto, the club’s General Director, added: “I would like to thank Paulo for all his work for the club over the last two seasons.

“Even if the results have not always been there on the pitch, we know that he has left many positive elements that will continue to help our development – like the many talented and young players he has encouraged and improved, and our progress in the Europa League this season.

“We are building a path to success at Roma, and Paulo has played an important role in that.”

Fonseca joined the capital club a two-year contract in the summer of 2019 from Shakhtar Donetsk.

After decent first season, Fonseca’s second campaign has been nothing super of disastrous.

The Giallorossi are likely to miss out on European football and are on pace to concede the most number of goals since the club’s 2008/2009 season.

“Over these last two years we have experienced a number of highs and lows, but I have always given my all for this club and this city – a city that has always been so welcoming,” Fonseca said.

“I would like to thank the Roma fans, everyone we have worked with at Trigoria, the players, and all those who have helped us during this journey – in particular Dan and Ryan Friedkin, for their continuous support since they arrived, and Tiago Pinto, an incredible professional, whom I wish the best as he continues his work for the club.”

He added, “We still have some very important games in fronta of us this season that we want to win, and we will continue to give our all in order to do so.”