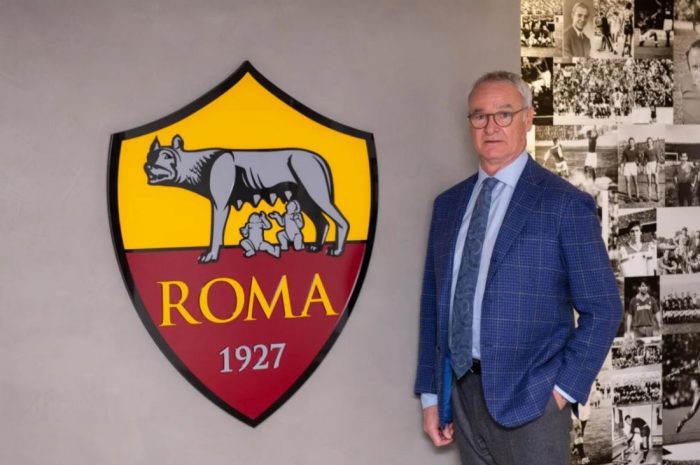 Now it’s official: Claudio Ranieri has returned to Roma. The 67 year old returns to the club after eight years and has signed a contract with the Giallorossi until 30 June 2019. Here is the full announcement from the club:

AS Roma are pleased to confirm that Claudio Ranieri has been appointed head coach until 30 June 2019. The 67-year-old Italian will be in the dugout for the club’s next Serie A match, against Empoli at the Stadio Olimpico on Monday evening.

“We are delighted to welcome Claudio Ranieri back to the club,” said AS Roma President Jim Pallotta. “We have one objective remaining this season and that is to finish in the highest possible league position and secure qualification for the Champions League. At this stage of the campaign, it was important to bring in a coach who knows the club, understands the environment, can speak the language and is able to motivate the players. Claudio ticks all of those boxes and he’s very excited to take on this challenge.”

This will be the Ranieri’s second stint at the helm of the club he supported as a child, after an 18-month spell as head coach from 2009 to 2011. On that occasion Ranieri steered the Giallorossi to a second-place finish in the league, coming close to winning the title in the process.

“I’m delighted to be coming back home,” Ranieri said. “When Roma call you, it’s impossible to say no.”

Since his last spell in the Italian capital, Ranieri has managed sides including Monaco, Nantes and Fulham. He also had a spell in international management with Greece – while he is undoubtedly most famous among football fans for overseeing Leicester City’s incredible Premier League title success in 2016.

“Claudio’s from the city, he’s a Roma fan but more than that, he’s one of the most experienced coaches in world football,” said AS Roma director Francesco Totti. “What we need now is a safe pair of hands to guide us back into the top four and ensure that we are playing Champions League football again next season. We have 12 games left and we need to win as many of them as possible.”

Born and raised in Rome, Ranieri began his playing career in the Italian capital with the Giallorossi – making a handful of appearances in the early 1970s. A defender by trade, Ranieri spent the vast majority of his playing career at the lower levels of Italian football; helping his sides in successful promotion campaigns on no fewer than four occasions. Coaching has since taken him to much higher heights. In a managerial career that now spans over 30 years, Ranieri has managed multiple top-flight teams in Italy, England, Spain and France – and will bring a wealth of experience with him to the Giallorossi.

Zalewski & Kumbulla will stay at Roma, the club will look for an alternative to Karsdorp
| 28 May, 2022
Chris Smalling expected to extend Roma contract until 2024
| 28 May, 2022
Ex-Inter defender Beppe Bergomi skeptical of Dybala's potential fit at Roma
| 27 May, 2022