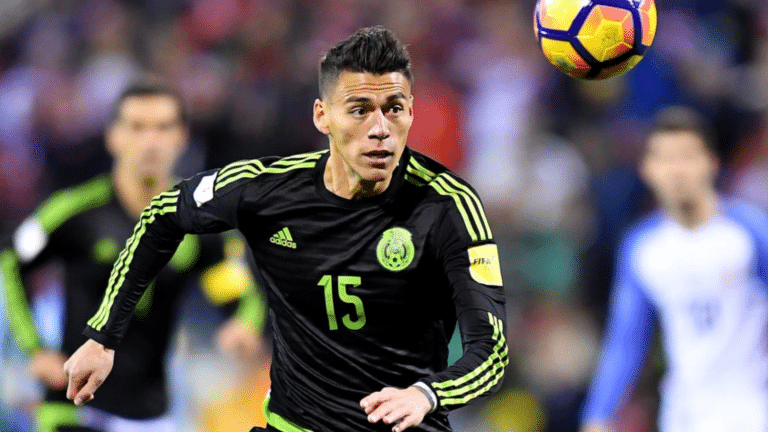 Roma have announced their first signing of the summer as PSV defender Hector Moreno joins the club on a 4 year contract.

Gianluca Di Marzio reports that the Giallorossi will pay €6 million for the versatile defender.

AS Roma are pleased to announce the signing of central defender Hector Moreno from PSV Eindhoven.

The 29-year-old, who has 79 caps for Mexico, joins the club on a permanent basis and has signed a four-year contract that runs until 2021.

“I am very happy to sign for Roma,” Moreno said. “This represents an important step up in my career.

“I hope I can show my individual qualities and contribute to the overall success of the team.”

Moreno joins the Giallorossi following two seasons at Dutch club PSV, where he helped Phillip Cocu’s side win the Eredivisie title in 2015-16. He previously also won the Dutch league title with AZ Alkmaar in 2009, spending almost four years with the team after moving to Europe from Mexican side UNAM.

Before joining PSV he spent four years in Spain, making over 100 La Liga appearances for Espanyol.

“Moreno has been a target of mine for a long time, and fortunately now the circumstances are right for him to join us at Roma,” said Roma’s sporting director Monchi. “This is a central defender with a lot of international experience, and he perfectly fit the profile we were looking for.”

Moreno has a huge amount of international experience, having represented his country at both the 2010 and 2014 World Cups, and helping them to win the CONCACAF Gold Cup in 2015.

He is currently with the national team ahead of this summer’s Confederations Cup, which gets underway on Saturday, with Mexico one of eight countries competing in Russia.

Predominantly a centre-back, he is also capable of playing at left-back.