Olsen talks his arrival, his tenure at Roma, and more 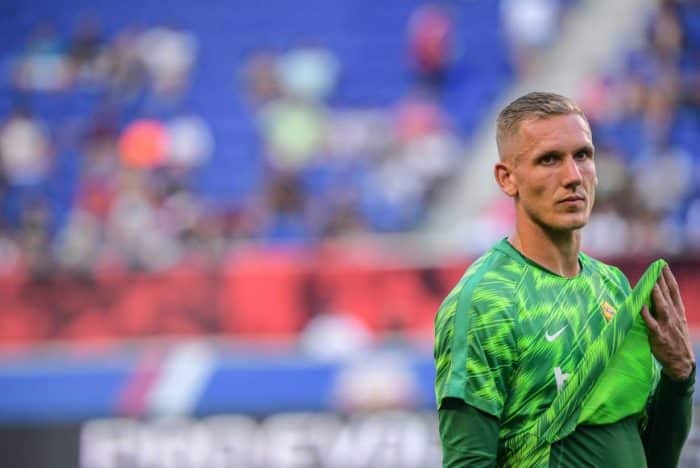 Are you starting to feel at ease in Rome?
I think so. I knew it would take me some time once I arrived in Rome – time to get to know the new league, the new team, and my new teammates. It takes time to settle down. I have worked hard since the first day so that I can adapt as soon as possible to everything: my teammates and how I need to play. I think I did so quickly and did it well.

How did you feel when Roma bought you?
I was told of Roma’s interest for the first time during the World Cup in Russia. I did not know if they were just rumors. I made a quick call to my agent and he confirmed it to me. Though, we were at the height of the World Cup and I had several important matches in front of me, I liked being there, playing the World Cup, it’s a dream that I had as a child. So I was happy about Roma’s interest, but I stayed focused on the competition.

What did you do when you knew you would sign with Roma?
It was very emotional – arriving in Rome, at a fantastic club with such an important history. It was thrilling to take the flight knowing I was going to sign for Roma. It was also very motivating, I was coming but that was not enough for me, I wanted to get on well with the team, perform well, and help the group win. I was happy, but I will be so more and more as I continue to play, like I was after the match against CSKA.

What does it mean to play in a city like Rome, where football means so much?
It’s wonderful, it does not matter if I’m shopping where I live or if I’m walking with my children – I always see Roma supporters. It’s beautiful, it means a lot to the fans, you see how important it is. It does not bother me, I’m always happy when I meet someone who wishes me good luck. It’s a great thing.

There is always a lot of pressure, did you know that the newspapers were like this when you arrived?
I was uncomfortable at first. I knew the newspapers would have doubts about me, maybe they did not know who I was. They had only seen two matches of me in Sweden-Italy. Arriving and replacing Alisson, a great goalkeeper who had a record-breaking season, put a lot of pressure on me. But at the same time, I did not care who had been before me, there is always pressure if you arrive at Roma. I’ve always thought making my own path. I do not care what people write and think, the most important thing is what I do at the training ground, to prove to my teammates, the manager, and the management that I’m good enough.

Ex-Inter defender Beppe Bergomi skeptical of Dybala's potential fit at Roma
| 27 May, 2022
Carlo Ancelotti: "I messaged Mou to congratulate him after winning the Conference League."
| 27 May, 2022
Lorenzo Pellegrini: “I never thought I would be the Roma captain to lift a European trophy.”
| 27 May, 2022