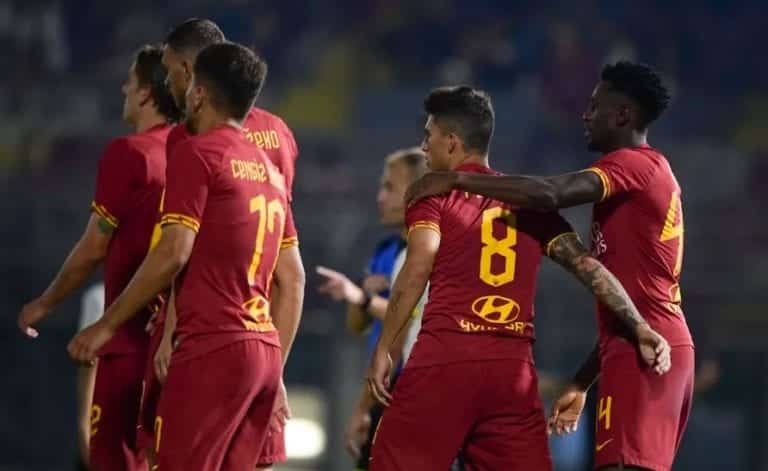 When Ramon Monchi arrived at Roma in 2017, supporters were expecting good things. Roma hadn’t won a trophy since 2007 and exciting and winning times were envisioned once the Spaniard joined.

His time had some good moments but also loads of bad ones during his two year stint as sporting director.

But in the end, did he make the club better or worse?

In his time at Roma, Monchi brought young players such as Nicolo Zaniolo, Cengiz Ünder and Justin Kulivert, who are all part of the future of the club, yet sold the likes of Mohamed Salah, Alisson, and Radja Naingolan.

In the 2017/2018 season, Roma finished third in Serie A and made it to the semi-finals of the Champions League as they lost to Liverpool by only one goal. It was the result any new sporting director could hope for in his first season with a club.

However, Monchi’s second season was much worse and challenging. He quit this past March despite Roma making it through to the knockout stages of the Champions League.

Even though Monchi acquired several younger players with potential, other acquisitions such as Javier Pastore and Steven Nzonzi were debatable at best.

Nzonzi didn’t play up to the hype he received when he arrived and became a liability towards the latter stages of the season.

Meanwhile, Pastore arrived from Paris Saint-Germain and had a disappointing season with only 3 goals and 1 assist and was hampered by injuries.

Following a disappointing end to their campaign as they finished 5th in Serie A, Roma found their new sporting director as they hired Gianluca Petrachi, who spent the last ten years at Torino.

When Petrachi arrived, though, there were question marks surrounding the direction of the team. After fulfilling their Financial Fair Play obligations by 30 June when they sold Kostas Manolas and Luca Pellegrini, Petrachi managed to do well for the remainder of the summer as he was able to focus on the team’s needs.

Last summer, Monchi finalised deals that often didn’t make sense for the club. Essentially, the former sporting director went with quantity over quality and it was clearly evident in most games as the team seemed as though it didn’t have a real identity.

Petrachi’s first order of business before getting his hands dirty and cleaning up Monchi’s mess was signing new Roma manager Paulo Fonseca.

Fonseca had never managed in Italy, however, he had been known for his success with Shakhtar Donetsk. During his time with the club, he won the league and the domestic cup in all three seasons in addition to winning the Urkanian Super Cup in 2017.

Fonseca will bring an exciting brand of football to Roma that will involve attacking football based on possession, compression of space, multiple passing outlets, and constantly shifting the focus of attack between the front four.

After Roma’s failures with some of the older players they signed in previous seasons — such as Pastore, Nzonzi, and Robin Olsen — Petrachi decided to bet on younger players.

The team will be relying on the midfield and forwards in the short term as they have players in those positions who are very dynamic and fit Fomseca’s style of play.

Although the 2018/2019 season ended sadly with the departure of Daniele De Rossi, 2019/2020 could be entirely different for Roma and their younger squad.

Pau Lopez is young and will bring stability over Robin Olsen, who looked poor last season. In addition, Spinnazola will finally get more playing time to showcase his talent, while defender Gianluca Mancini looks to continue to progress from last season with Atalanta.

This could be a new Roma that fans having been waiting to long for.

At the moment, these young players fit Fonseca’s coaching methods. He has been known for getting the most out of his players as he’s shown with Shakhtar.

A new sporting director, a new coach with young players…it’s an exciting time to be a Roma supporter and finally see the club have a clear direction.