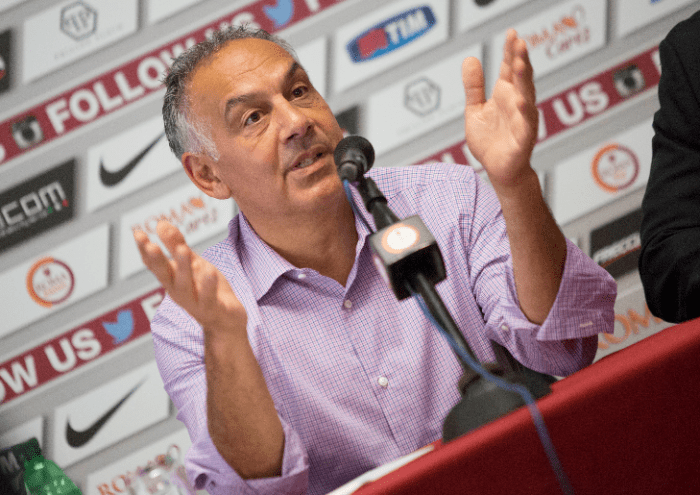 Roma president James Pallotta has moved quickly to dispel rumors that he is in any talks to sell the club.

Speaking the Reuters, the American denied any talks with Chinese group Evergrande, who are said to be interested in a buying a piece of the club:

The majority shareholder in AS Roma denied on Thursday that he was in talks with China’s second-largest property developer, China Evergrande Group, over the sale of a stake in the Italian Serie A soccer club.

“I have never, ever, ever spoken with Evergrande or anyone else in China,” James Pallotta, a U.S. investor and president of AS Roma since 2012, told Reuters. “We are not in talks with anyone.”

Earlier a source close to the matter, who declined to be identified, had said China Evergrande Group was negotiating to buy an initial stake of around 30 percent in AS Roma, with an option to take a majority holding in the future.

The source said the valuation for the club was “very fluid”. Bloomberg and Italian media reported last week that Pallotta was considering selling a stake in the club.

Some 78 percent of AS Roma is held by Neep Roma Holding Spa, which is in turn controlled by Pallotta.

“This speculation is ridiculous,” Pallotta said when asked about the possibility of a tie-up with Evergrande.