Pallotta goes in depth about the stadium, Roma and more 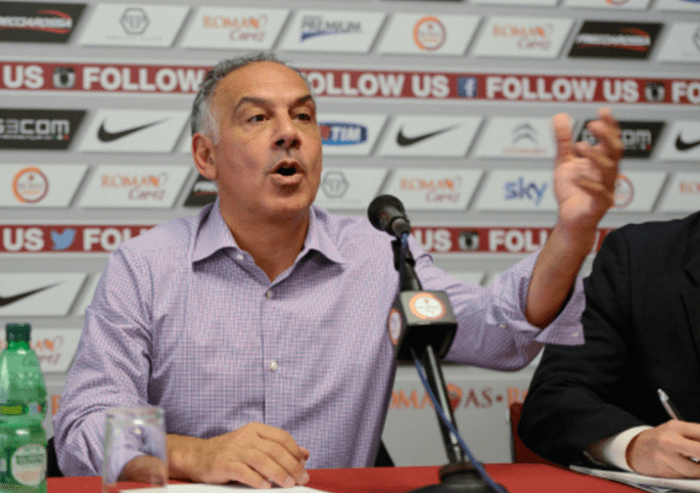 Roma president James Pallotta was interviewed by Real Vision and spoke about the Stadio della Roma. These are his words:

Well, so, shifting from the court to the pitch– with AS Roma, you buy the team with your partners in 2011, but you become chairman in 2012. And then fast forward to today — we’re looking ahead to the new stadium opening.
Hopefully. In three years or so. No, no, we’ll start building it at the end of this year, and it won’t open for about another 28 months after that.

28 months?
Yeah, exactly. I mean, I think the interesting thing with Roma was that I went in with three other people as one of the three passive investors. And I thought because it was Rome, it could be fun and we could help build a global brand– having the city of Rome. The truth of it all is that I thought football was the worst fucking sport in the history of sports.

Did you ever play that in Boston growing up?
I don’t think so. No, I mean, like — there wasn’t a chance of it. We didn’t have fields for the most part anyways. But I really did not like the sport or understand the sport. And then, fairly quickly, I realised, it’s my favorite sport now or certainly as much as basketball. And if I’m watching a game at home, I have five TVs turned on in different rooms and I just pace.

So you’ll just walk around?
Yeah. And if I’m at a game in Rome, I don’t even sit. I stand with a guy Tonino, who works with the team. And we stand up in a little– one of the walkways or something watching the game out on the pitch.

You mentioned establishing a global brand. Because, obviously, AS Roma is one of most storied franchises– storied clubs in Italian football history. And you come in, there’s the
initiative to build a new stadium, you redesigned the logo. What are some of the other challenges of essentially being an outsider?
Well, when we bought the team, the team was in substantial financial distress. The past owners, while they may have done a good job on some years on the pitch, were borrowing from other businesses and had large amounts of debt– basically the banks– or the bank, Unicredit, I think basically owned the team in effect. So we had a lot to do to turn it around right off the bat. I think I spent the first two years almost exclusively fighting with the banks on it– even though we had a deal and what they were supposed to do on it. You remember in Europe at that time period, the financial crisis in Europe really hit two or three, four years later with the banks than it did in the US. So the banks were really being very tough on the credit side– and even on the equity side. And even though we had a contract that said, you have to do this, they weren’t doing it. Everything was a fight. So eventually, after a few years, we got them out of all the debt. We bought the debt from them at a discount and we got the equity at a substantial discount actually too. I think they probably regret in some ways that they sold it the way they did sell it.

In your world– AS Roma– things are going in the right direction. But Italy as a whole seems to be having a fair amount of issues. What is your assessment of their economy right
now and what do you see going forward?
Well, as an Italian, I kind of understand– I understand it. Italy has been having kinds of issues like this for hundreds and thousands of years. You’ve got to remember– as a whole, Italy is only about 160 years old. I mean, the United States as a country is 100 years older than Italy is. You had all these little different, let’s say, fiefdoms or countries within the country. And they’ve all had their own agendas on it. So it’s kind of difficult sometimes to reconcile what goes on in the north, what goes on in the south, other parts of the south– the islands, things like that. So that’s one of the issues, I think, that you deal with on it. I also think that they’ve made substantial policy mistakes over the years. I think the last generation has been hurt dramatically by a lot of the policies. I think where there’s been some of the stuff that’s going on in the US today maybe with populist versus going back even 10 or 15, 20 years ago there. So it’s got a history of changing governments a lot. That being said, the Italians, I think, are as creative a group of people as there are. The other piece of it is that while the government may have issues, if you look as a whole, I think the Italians are the wealthiest nation as individuals and families that there are in Europe. There’s a lot of money in Italy. And, on top of that, still well over 3/4 of transactions I think are still done in cash. They’ve figured that out. And that comes from MasterCard telling me that. So they’ve figured out different ways– sort of like the Greeks when they looked at how many swimming pools they had. And I think they found there were only 17. I mean, it’s just absurd. And there’s been hundreds and thousands of years of figuring out how to get around taxes and things like that. And I get it, because a lot of times you just look at the way things are run by the government in certain areas there– a perfect example is that let’s take our stadium.

We’re about three years past where I think it should have been– some issues that were probably a little self-inflicted by the developer who owned the land, but also some from the government. Sometimes it’s just easier not to make a decision, and sometimes you have a transition from one government to another and they feel like they’ve got to start all over again. And the frustrating piece is that we’re paying for it. And it’s not like in the US. It’s not like coming in and I’m going to Milwaukee and we’re saying, we’re going to give you hundreds of millions of dollars of tax credits or tax breaks or even money for infrastructure in many cases. In our case, we don’t get any money for infrastructure, we don’t get any money for the stadium. So when you look at it and say it’s a privately financed operation that’ll be the most-utilized facility in all of southern Europe– we’re going to build a 54,000-seat stadium, 270,000 square feet of entertainment space– it’s like LA Live on steroids. You look at all of the stuff that we’re building around it, you would think it’s just logically, like, when do we put the shovels in the ground? So hopefully everything is done by the end of May and then hopefully the world stays intact and we get the finances for it that we’ll break ground at the end of the year.

Not to mention you’re paying the lease on your current stadium.
Well, that’s not so bad on it. That’s not a big deal on the current stadium so much. The thing with the current stadium is you don’t own it. You don’t have any concessions. They don’t even have concessions there. I mean, we try to do as best a job as we can. We’ve got a great VIP section. We do a lot of good things with the stadium– with the Olympic Committee there — CONI. But you still have so many limitations. As an example– there’s no taxis that go to the stadium. I think it’s a 10-block walk. There’s no public transportation to it. There’s no real parking for it. So it’s really difficult to get people in and out of the place too