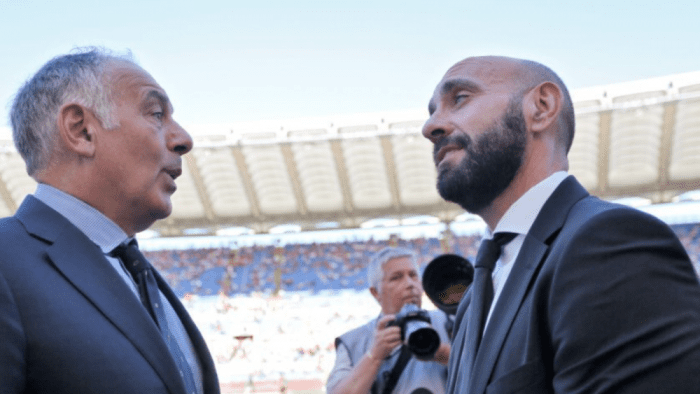 Il Messaggero (Trani): Forward with Di Francesco, the message coming from Trigoria is obvious as there is no exit strategy at the moment. Frosinone is so close that there is no time, even if you want, for an immediate turnaround. In addition, there is no agreement between those in Boston, London and the Capital. Even when Spalletti was chosen in the final months of 2015, there was no unanimity, so much so that his arrival was delayed. There’s currently no candidate and, right now, it’s not the time to intervene, even though the manager knows he’s at his final chance.

Di Francesco, in short, no longer has the certainty of being on the Giallorossi’s bench long-term. From here on out, things will be taken match by match. In the case of a victory against Frosinone, he would be confirmed for at least another 72 hours for the Derby on Saturday and would, more than likely, continue until 6 October when there is an international break. Pallotta will make the final decision and he has been talking with Baldini and has instructed him to evaluate the ideal profile.

Roma went in ritiro, which is usually needed to unify the group (though, in the afternoon, the wives and children visited the players: the son of Perotti was in tears when he left). Unity is lacking from this group and the hierarchy of Roma aren’t sure what to do. The mindset in Rome is different than that in Boston and London (the home of Baldini). Monchi has spent lots of time with Di Francesco and has been disappointed by some of the starters. Di Francesco, though, must choose the route in order to exit the storm without second guessing, which was the advice Monchi gave him. Di Francesco has been most disappointed by his team’s “senators”, whom he met with last Thursday as he wanted to know their opinions on the situation. The goal is to rediscover the spirit from last season and it starts with Dzeko. The striker has grown restless as he did not agree with the business done in the summer. Dzeko’s thinking has been shared by other important names at the club. Nervousness is starting to mount as there are now whispers and discussions after every single match, especially in the last match at the Dall’Ara. Di Francesco screamed a lot during the match against Bologna and his outburst trickled into his post match press conference, which he also repeated to his team the following day: “I’m no longer going making discounts for anyone”. Di Francesco now has a clear idea of who is and isn’t following him.

The division by roles is increasingly evident in Rome and it’s disturbing. Like Di Francesco, Monchi feels isolated and it’s overtaking. Should Di Francesco be sacked, it’s possible Monchi could also quit just like Gandini, though, the latter will go to Milan. Baldini is already putting out feelers for potential replacements. In the list there is Paulo Sousa, Laurent Blanc, and Roberto Donadoni. Montella is also there along with Conte, who remains at the window.

Fiorentina president Rocco Commisso: “Roma spent €140 million just to finish one point ahead of us.”
| 24 May, 2022
Henrikh Mkhitaryan returns to group training ahead of Conference League final
| 24 May, 2022
Lyon coach Peter Bosz blasts Mourinho: “He’s a narcissist, always acting and creating conflict.”
| 24 May, 2022