Pallotta reflects on his six years at Roma 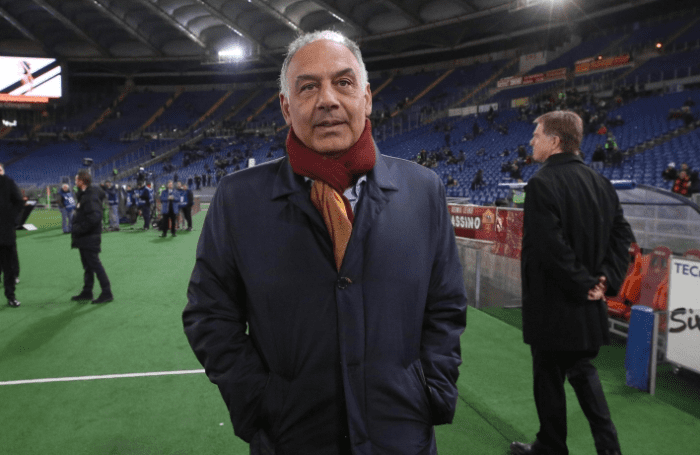 Roma President James Pallotta spoke to the club’s official website today. These are his words:

Jim, six years as president of AS Roma, has it lived up to expectations?
Some parts, yes, some parts, no. I used to have hair, now it’s mostly gone. I think when we first took over the team, the objective was to utilise Rome and its history and attempt to build a global brand that could help us to be successful on the pitch. When I look back on the first six years, I’ll hold my hands up and say I’ve made some mistakes but I think in some areas, we’ve more than punched above our weight.

I think on the football front, consistently making Champions League, even without the finances that come from owning our own stadium, helped us in building Roma into a sustainable global brand. On the business management side of things, we now have a very good team in place. One of the most frustrating things for me has been a shortage of business talent in European football and finding really good people. I’ve found that it can be tough to find people from outside Italy to come and manage inside Italy, so the pool in Italy is naturally smaller, but I think we finally have a great team from that point of view. For example, if you look at our social media and what we’ve done in the media area with Roma Studio, it’s been totally unique.

What has frustrated you the most?
Obviously the stadium delays have set us back by two or three years. We thought we’d be much, much closer to opening a stadium by now and that would help drive significantly more revenues to help us compete against the biggest clubs consistently. I think the whole merchandising area has been frustrating because we haven’t been able to go in the direction we would have wanted but things are changing. Things like ticketing haven’t been managed that well in the past but now we finally have ticketing going in the right direction. On commercial, it’s taken a while to get that up to speed from where we were starting out, and the last couple years have been a lot better. I think last year was great, with some great global partnerships, but we need to drive further revenues to help us compete on the pitch. That’s just a fact of life.

Sometimes in the past I’ve felt a bit frustrated that maybe some people in the business area haven’t shared the same sense of urgency or desire to reach for the stars that I’m used to or what I expect. So to answer the question, there’s been a mixture of positives and frustrations. Anyone who knows me, knows that I’m never totally satisfied but, I think we’re trying to build that global brand and, anecdotally, I do think that Roma has a lot more respect generally in the global world of football today than it may have had six years ago.

Does the Roma project still excite you?
Yes. But, honestly, the last six or seven months have been hard. I was frustrated with stadium delays, although now we are making progress again, and it’s no secret that I’ve been disappointed with some of our results this season because as I’ve said before, we’ve got to be better as we’ve set the bar higher for what we know we can achieve. If we can fix things then moody Jim’s excitement level will be back up there.

If these frustrations can make you moody, why do you do it? Money?
The money aspect of it is not the driving force for me with Roma. Where I get depressed and frustrated is that I hate to lose. It’s that more than anything else. It’s just the competitive nature in me. I know some teams have two or three times the budget we do but still, it really bothers me when we fall short.

You said Roma could become a top 10 club when you became president. Having seen what you’ve seen, do you still think that’s possible?
It is possible, but we can’t become a top 10 club without a stadium. We can have great years, like we did last year and have periods where we go deep in the Champions League and move forward, but if you want to be a Top 10 club, and I’m not measuring it by revenues, I’m measuring it by everything – on the pitch, how we’re respected, qualitative issues, quantitative issues, how we do in media, how we do in social, all of those things… we need more money to compete and that is why I say the stadium is the game changer for us.

Where would you place us now?
I think in the last few years, if you take it as a totality, I think we’ve been a top 20 club. On the football front, there’s probably two to three teams in Spain, one or two teams in France, two teams in Germany, that’s seven teams right there. Then you probably take six teams in the UK and that’s 13 and then you’ve got maybe five in Italy. So if you look at it that way, we’re certainly a top 20 team on the pitch. In some areas off the pitch, I think we’re definitely a top 10 club.

Have you ever contemplated walking away?
No, never. I’m 61 in two weeks and I still feel totally energised by this project. When I’m 75 years old, maybe I won’t be the guy sat here running it, but it’s not a short-term project for me.

Do you believe that you’re misunderstood?
I don’t think so. I speak to a lot of fans and I know they understand what we’re trying to do. I even speak to some fans of other clubs and they say, ‘I might not like your club but you’re doing a great job for Italian football and we need this’. You will always get someone who will say, we’re only interested in trading players to make money, and I’m like, ‘Really? I haven’t seen a penny in my pocket from transfers’.

When you see banners telling you to go home or hear chants against you, at some point it has to hurt your feelings a bit?
I’ll be honest, it used to hurt me. I can’t lie, I found it hard to understand at first. But now, I don’t give a shit because I know that what we’re all working so hard for is for the good of the club. When we lose, we all hurt but long before me, it was other Roma presidents being criticised. When I leave, someone else will be criticised but for now, I’d rather people criticised me and support the players. Say what you want about me, but get behind the players. I’ve been involved in sport for a long time and I’ve never once heard a player say that they were really motivated by abuse and vitriol from their own fans.

In five years, where do you hope this club is?
Well, in five years’ time, the team has to be playing in the new stadium. I’d love it if we have a great team on the pitch, competing for trophies, an excited fan base in Rome and all over the world and a stable management across the board.

At some point in the future, you will step away from Roma. So when you do, how do you want to be remembered?
I want people to know that I did everything I could possibly do for Roma. Do I sit here and go, ‘Oh, I want to have four Champions League trophies’? Of course I do but I have to be realistic as well. Leicester proved that amazing things can happen in football but if we’re consistently and seriously competing for trophies on the pitch and we’re doing things in a first class manner off the pitch, then I think that’s something I can be proud of.

In some ways, nothing makes me happier than when I see the club doing good things that prove we care, that show that we have a heart and that we are ambassadors for this great club and this great city. When I watched the video of Michela, the blind supporter, and her sister meeting their heroes, their passion and the way the club treated them… that makes me so proud. When I read the responses on Twitter, from not just our fans but also fans of other clubs, comments like, ‘What a great club,’ that makes me proud. Those things make me feel really good about what we are doing and offset some of the stupid shit that happens. I care about all of us trying to do the right thing. I care about how the players behave and I care about how our staff behave and conduct themselves. I never want anyone to think that Roma is a shit organisation.

At the end of the day, when I do walk away, I want the perception to be that we had a great team that wore the Roma colours with pride and battled on the pitch for the fans and the city and that we were a first class organization. I want people to know that we did things right, we competed and we tried to win. The perception has to be that, otherwise I’ve failed. 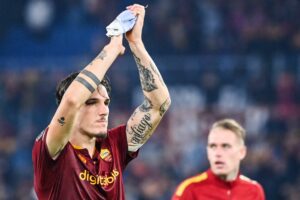 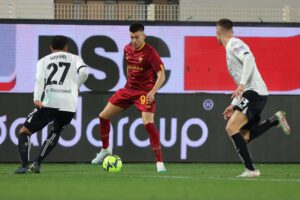 Riccardo Calafiori recounts his years at Roma with Mourinho and Fonseca