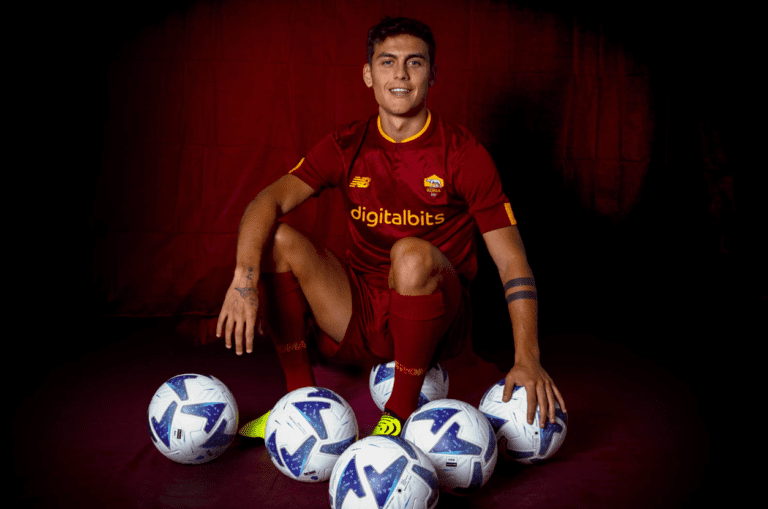 Paulo Dybala addressed the media earlier today for the first time since joining the Giallorossi as their big summer signing. The Argentine footballer was asked about his decision to unite forces with Jose Mourinho in a summer that saw him linked with other Italian clubs including Inter and Napoli.

“Roma won a very important trophy last year which gave them ambition for the future,” said the 28-year-old.

“The club has grown a lot in recent years, even with the players who arrived and the coach, of course. There are important objectives here, everyone likes to win. That must be our goal, to win game after game, then later we will see where we are placed to aim for higher goals.”

“For the Scudetto I think there are teams that are ahead of us at the moment, but we must work with serenity and think game by game.”

“Since my contract with Juventus ended, my agents had spoken with many teams, you [the media] talked a lot about that. Many teams approached me, but at a certain point Tiago Pinto came to Turin, met with me and things changed.”

When asked about tactical preferences, Dybala said, “The coach will decide where I am to play, I am open to whatever he needs me to do.”

“Mourinho’s phone call was a real pleasure. The first time we did it together with Tiago Pinto, then one day he texted me all of a sudden, then we spoke again and I think that was it.”

“I had the luck and the pleasure of meeting the president, his son, the director. I knew some of the players. Everyone’s interest in me was a demonstration of affection and of wanting me to be here today and it was very important to me.”

“The first thing I asked the coach was, what do you want to win?”

“I like to win, so does he, and he has won a lot. Little by little, speaking, both the coach and the club gave a pretty good idea of what they want to achieve. You have already seen it since last year, the seriousness with which the club is working and the enthusiasm that has been created, not only in the players but in all the people who work around the club, the awareness of the coach and the trust that the boys have in each other.”

“I will always try to give my best, to bring my experience to keep winning as much as possible.”