Petrachi: “I believe I’ve built a tough team that will show its value”. 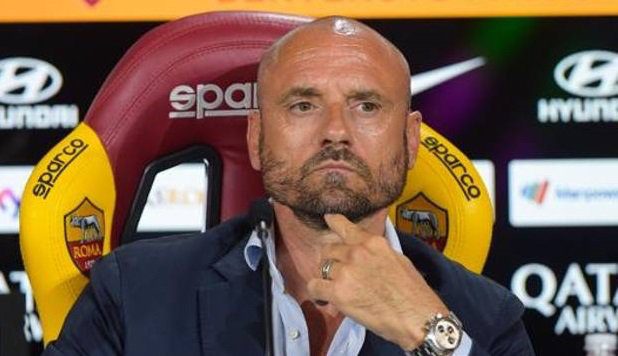 Roma sporting director Gianluca Petrachi spoke today during the unveiling of newly acquired attacker Henrikh Mkhitaryan. The Italian discussed Roma’s transfer market and the business they did in the final days, which included the acquisitions of the Armenian as well as Chris Smalling. These are his words:

“Today we unveil Miki and on behalf of all of Roma, we are happy and proud to have brought another player with international importance. His quality, intelligence and technical ability brings an important level of quality to all of Roma. We will certainly guarantee him what he needs: support, motivation and the desire to play football — plus with an audience that will support him”.

Important players have arrived on loan, is this a difficulty for the continuity of the project?
Sometimes you have to adapt to your needs. On Smalling and Mkhitaryan — with only 48 hours before the end of the window, it was difficult to set up certain sorts of negotiations. The idea is to make important investments even on young players. In the past, important sums of money have been invested in players that could be used to bring them on loan to evaluate them. In the final stretch of the market, it was possible to either make investments in younger players or go for more experienced ones, a month ago — Miki was available only on a permanent deal. The top players have very high wages and costs, we must pay attention to our budget. When it came possible to bring him on loan, the lad did good: he reduced his wages to come and play at Roma.

Opportunities were created and we made clever deals. Time will tell if we’ll have the strength and the ability to retain such a player and make important investments and increase the quality of Roma.

What didn’t work in the Higuain/Icardi negotiations and when did you decide to renew Dzeko?
When I spoke for the first time, I always said that Dzeko was the center forward of Roma and I would love to be able to keep him. Sometimes strategies are made to achieve other goals. I always had the hope of being able to keep Edin because what had happened in the past — during Roma’s tough season, everything weighed on him and effected his mood.

I made him understand that the wind is changing, that a different Roma is being born — one of which he must be the point of reference. Surely the pressing of Inter had gotten into his head, but I tried to dispel it: he wouldn’t have been as important at Inter as he would been at Roma. Inter never made a fair offer for Edin. I thank him and Martina, who made him reflect and persuaded him to stay. The other attackers were alternatives, our first choice has always been Edin.

Roma made top level investments: is it Champions League or bust?
I put all my soul into this. When you arrive in a new club, there are things that work and others that don’t. I tried to do a small revolution here because it was necessary to do so. We needed ambitious players, who felt a sense of belonging. I asked for patience when I talked about year zero. I am convinced that I created something which can revive Romanisti’s enthusiasm and pride. Also, I am convinced that I created an important group. Many players who were here left because they weren’t happy to stay. We did the renewals of important young players and kept the youngsters who have quality and did so under adequate figures. At times, I think Roma’s economic situation is over-exaggerated.

There is a coach who is trying to bring his mentality and his culture of work. I’m satisfied and I don’t want to talk about the transfer market anymore — only about Sassuolo. Now is the right time to focus on the season. We’re already missing some points because of the results against Genoa and Lazio. We needed the three points against the Rossoblu, I understand when the victories don’t come there’s always a bit of despair. I am confident, though, because I see how these guys are training and the desire they have. I see a cohesive group who enjoy being around each other. I can’t guarantee today that this Roma is worthy of the Champions League, I’m not a psychic, but I believe I’ve built a tough team that will prove its value match by match.