Ranieri: “It’s a delicate moment, but I ask the supporters to be close to the team”. 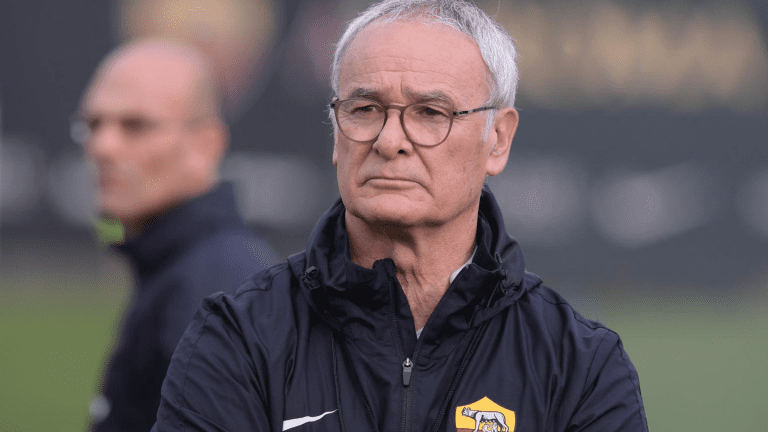 Roma manager Claudio Ranieri gave his first interview since officially being unveiled as the new Roma boss. These are his words:

“It’s been a long day but I’ve spoken to the team and asked for certain things. It’s a very delicate moment right now, there’s 12 matches left and we’re playing for the future and a chance to return to the Champions League. The lads are sensitive, some may not be accustomed to this, especially the youngsters, and at being such an important place. I ask the fans to be close and encourage them, especially during the difficult times because in the end, the ones who really suffer are us fans”.

What does it mean to return to Roma?
Returning to Roma means a lot to me, everything. I’ve always been a supporter and I’ve been a player and a manager here. It’s been a while since I haven’t been able to sleep, but last night after finding out I might be the one, I couldn’t sleep. That’s a good sign.

What is it that ties you to Roma?
What links me to Roma is my Romanness, from San Saba to Testaccio. Roma was in my DNA. My entire footballing life is linked to Roma. When I was a player at Catania, I played Venditti’s song to pump up the team when we had a play-off in Rome. Everything ties me to Roma.

What sort of day has it been?
The day was long but wonderful, when you do things with pleasure you do not feel anything. I returned to Trigoria and a lot has changed.

What should the fans expect?
Supporters want the players to understand what the shirt means. I’ll ask them to give everything in order for me to be satisfied. It is important that they give everything they have.

What aspects do you have to work on?
The first aspect to be evaluated is the psychological one — the team is coming off two defeats and an elimination. I try to tie football to life — we’re lucky to do the job we have. I consider myself a lucky person and we must do everything for this reason, try to be ourselves and give all we have. Given how attached we are to the shirt, it’s normal that the supporters, who are passionate, are dissatisfied. I hope they will appreciate the team’s effort even if they’re struggling. This is the main principle I’ll fight for