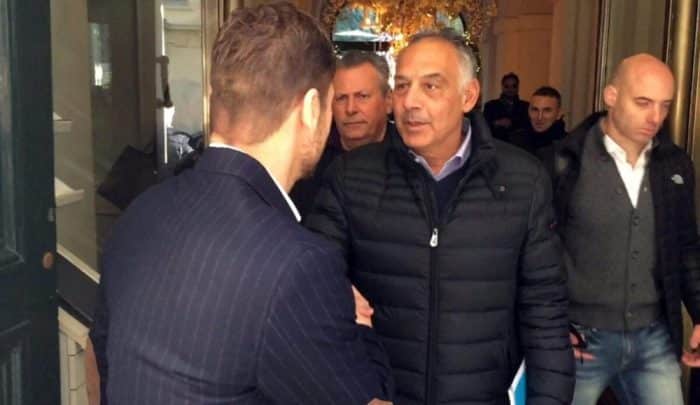 Financial outlet Bloomberg has reported that AS Roma president James Pallotta is seeking to sell a minority stake of the club in order to raise funds for the Stadio della Roma.

Here is the full report:

The U.S.-based owners of Italian soccer team AS Roma are considering selling a 75 million euro ($84.3 million) stake in the team, according to people familiar with the matter.

Hedge fund manager James Pallotta, the largest shareholder in the investor group that controls 82 percent of the club, is meeting with three banks in London next week, one of the people said.

Pallotta, chairman of Boston-based Raptor Capital Management, also has a stake in the NBA’s Boston Celtics. He declined to comment specifically on the stake sale for the soccer club. However, he did say that a strategic partner is needed to help finance a $1 billion stadium and entertainment complex that’s in the final stages of a long, costly approval process.

“We have to have an equity investor and partner to build the stadium,” Pallotta said by phone. “Roma will be doing a raise for equity internally as well as externally for a strategic partner.”

By failing to make this season’s Champions League, Roma missed out on 40 million euros in income that goes along with the elite European competition. The push to raise money also comes as Chinese investors and companies are rushing headlong into European soccer. In June, a unit of Nanjing-based retailer Suning Holdings Group Co. agreed to pay 610 million euro including debt for a 68.5 percent stake in Inter Milan. Two months later, AC Milan was sold to a group of Chinese investors for 740 million euros.

Asian investors have reached out to Pallotta, who has said he thinks the club is as valuable as AC Milan, according to one of the people. If the 200-hectare stadium complex is completed, the American ownership group believes the value of the club could rise to 2 billion euros, the person added.

That would give Roma, which last won Italy’s Serie A title in 2001, a higher valuation than all but the biggest teams in soccer. Based on 2015 revenue, Roma placed 16th among Europe’s top soccer clubs ranked by Deloitte. Roma has also suffered significant losses. The team lost 41.2 million euros according to its last financial statement.

Pallota’s group paid 70.3 million euros for 67 percent of the team in 2011 and has grown its stake over time. In February that year, the club signed a loan agreement for 175 million euros with Goldman Sachs and Unicredit.
The club’s income is strongly tied to its ability to qualify for the Champions League, which is watched by a billion people worldwide. Making the competition this year would have provided a platform for Roma to boost flagging sponsorship sales. The team started this season without a jersey sponsor and made just 5.1 million euros from the segment last year, half the amount it got in 2011.

The club’s financial future also depends on the stadium project. Millions have already been spent during the planning phase, which Pallotta said should be coming to an end soon. Rome’s new mayor has backed the project, he said, and as soon as the regional government does the same, work can begin.

Ex-Inter defender Beppe Bergomi skeptical of Dybala's potential fit at Roma
| 27 May, 2022
Carlo Ancelotti: "I messaged Mou to congratulate him after winning the Conference League."
| 27 May, 2022
Lorenzo Pellegrini: “I never thought I would be the Roma captain to lift a European trophy.”
| 27 May, 2022