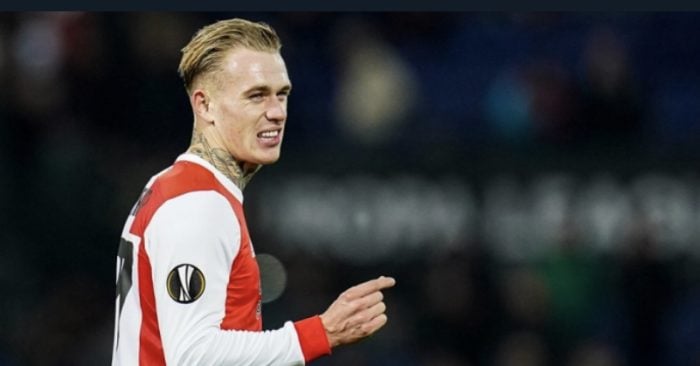 Roma fullback Rick Karsdorp, who spent this season on loan with Feyenoord, spoke to Dutch outlet AD.nl about what his future holds.

The Dutch defender re-joined Feyenoord last summer after having endured a nightmare in the Italian capital for two years since he joined in the summer of 2017.

“It certainly wasn’t the farewell with Feyenoord that I envisioned. I was feeling better, Feyenoord was doing well — but nobody could have predicted this virus,” he said.
“In Italy, they live football in a completely different way. There’s always the discussion of tactics, but for a defender, nothing is more important than protecting each other’s space. Sometimes we would train without the balls for hours. My first manager at Roma, Di Francesco, was more reserved and quiet during training, but he wanted us to play quickly”.
“His successor, Claudio Ranieri, was truly a great man. The way he trained was similar to the way we work here. Then I dealt with Paulo Fonseca, who played against Feyenoord in the Champions League with Shakhtar Donetsk. When he arrived, he immediately told me that I was free to leave”.
“At that point, I was certain: I had to return to De Kuip. I wanted to re-find the joy at the club I grew up in”.
He concluded, “Some will say my adventure in Italy failed. But before I even kicked a ball with Roma, I had to undergo a knee operation because the last three months during my time with Feyenoord were filled with knee problems. It took me a few months to return with Roma and when I got back, I tore my ACL against Crotone”.
“I still have two years left on my contract with Roma. We’ll see what happens, I’d like another chance”.