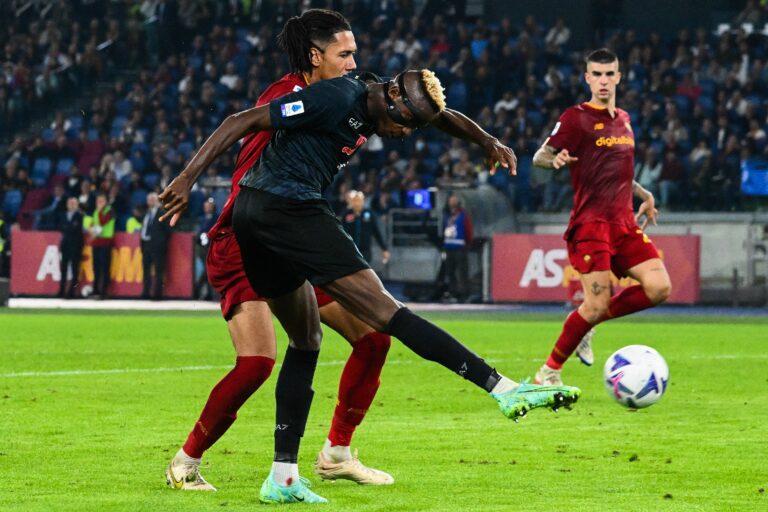 A late goal from Napoli striker Victor Osimhen extended the team's season-opening unbeaten streak to sixteen as they defeated Roma 1-0 this evening in the Italian capital.

The Partenopei handed Jose Mourinho's side their third league defeat of the season and maintained their position at the top of the Serie A table, winning 1-0 at the Stadio Olimpico.

It also marks the first time Napoli boss Luciano Spalletti has won against a Jose Mourinho-coached team. Entering tonight, the Tuscan was 0-3-3 against the Special One in his career.

As for the Giallorossi, it's a missed opportunity to close the gap on the league leaders and improve their position in the race for the top four.

Much like in previous matches, their season-long attacking struggles came back to bite them. Roma failed to register a single shot on target and ended the match with 0 big chances created.

The five attackers combined ended the clash with a total of 2 shots--further highlighting the ineffectiveness of their attack.