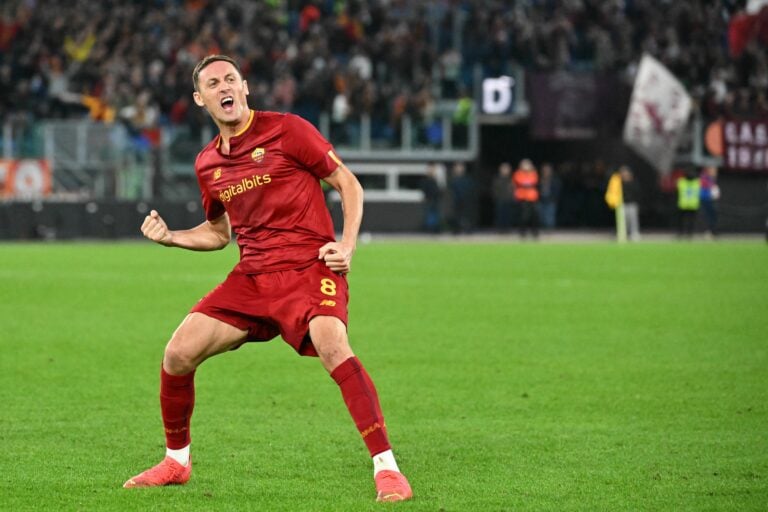 Roma narrowly avoided their second defeat in three matches this afternoon but were saved by veteran midfielder Nemanja Matic—whose goal at the death secured a 1-1 home draw against Torino.

It marked the Serbian's first goal for the club which couldn't have come in finer fashion or at a better time.

The ex-Manchester United man delivered a stunning finish off a Paulo Dybala rebound, firing the ball into the bottom corner of Torino's goal from just outside the area.

His goal came after a series of mind-boggling episodes from Roma that included Jose Mourinho being sent off and striker Andrea Belotti missing a 92nd minute penalty shot, which hit the post and went out.

It capped off an action-packed second half to the game after both sides underwhelmed in the opening 45 minutes.

After the break, Ivan Juric's men took the lead when midfielder Karol Linetty headed the ball beyond Rui Patricio in the 55th minute to open the scoring.

Roma had a chance to equalise just minutes later when Nicolo Zaniolo's superb free kick failed to find a teammate to direct the ball towards goal.

The capital club continued searching for an equaliser and tide shifted once Mourinho chose to bring on top scorer Paulo Dybala for his first action in over a month since suffering a quadriceps strain in early October against Lecce.

La Joya made an immediate impact as the Granata couldn't stop the ex-Juve man from getting into dangerous positions.